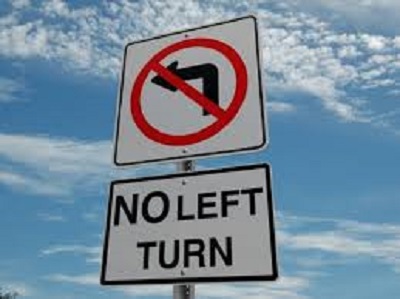 When one is stuck in traffic with an old car, in my case a 1962 Mercedes diesel, with no power anything, and merely 45 bhp to deal with younger cars, there is no temptation to aggressive driving. Despite the fact that a Mercedes is a classic man’s car, there is no machismo with a vehicle that tops at 120 km/h. However, what driving such a car makes obvious is just how few good drivers there are on the road despite, or perhaps because of, the advances in automotive technology.

Today’s drivers take no note of safety intervals or speed limits because they do not know what a braking distance is. Modern technology has bred something like autism, not only through contaminated vaccines, as a state of culture. Dementia is also not confined to the aged but clearly is a kind of lifestyle now.

For the last four years people writing, also in these pages, have reiterated ad nauseum the chant that the reigning POTUS is “the worst ever” in addition to other insults disguised as political analysis. As I wrote in 2017, what these people truly mean is that Donald Trump says what they really think but would not dare to say. He also speaks the language of ordinary power — not his but the power that the Anglo-American ruling elite can muster from the heartland — with its killer Iowa farm boys — to the urban metropolises on either coast with their thousands of underpaid, overambitious scriveners serving every segment of the American Dream machine — from Right to farthest Right. The Left in the US was killed off, banned or exiled by 1974. Everything else under that banner is mere sentimentality.

As the so-called Left — in that sense Mr Trump was only using domestic terminology — set out to prove, together with the sponsorship of other government agencies, that indeed a coup d’etat was possible without a US Embassy, it became apparent — at least from RoW — why the US Empire will never be ended by Columbia’s progressives.

I could go into far greater detail but I have written enough over the past years to explain myself.

Here I would like to highlight the most grievous moments of dishonesty. As I noted above people who sit in modern motor vehicles and believe that their road travel is driving are deluded. They cannot even hear their engine. They do not feel the speed. They are not able to detect the differences between their own cocoon on wheels and the rest of the environment with its diversity.

Since the AP presumed to declare the victor in this year’s POTUS contest, everyone from the FT to the usual “leftie” writers that post here, blatantly disregards the US Constitution and the election laws in force. Even in the 19th century there was an instance where the Electoral College chose a candidate who had not obtained the majority of the popular vote. That is a legal risk of the fundamental law that the so-called “Left” has yet to change. The reigning POTUS has every right to remain in office and to exhaust every remedy to assert his claims — by no means irrational or unjustified given the four years of uninterrupted threats by his opponents to use any means to remove him — that what was no doubt the greatest single electoral fraud in US history is tried and duly adjudicated.

I find the word hypocrisy weak because it suggests that the people who say one thing and do another are engaged in a petty offense. I do not believe that the “Left” of which I write here is hypocritical. Rather they believe as little in law or democracy as those whom they oppose. The adamance with which on one hand Mr Trump’s charges are dismissed and on the other hand simultaneous apologies are given for the fascists who dominate the Democratic Party (personified in the Bush-Clinton gang) shows, or ought to show, that what presents itself as “Left” or “progressive” in the US (and among their foreign friends) is just the low budget imperialism with which German Social Democrats supported the slaughter of World War I.

I could name names. However, I just had lunch and that would only add to my dyspepsia.

If those who feel they have overtaken the “worst person” on the road that ends at 1600 Pennsylvania Avenue are already celebrating, they should recall that in the course of four years Mr Trump has survived even impeachment proceedings. The campaign against Mr Trump did not increase the number of Democratic Party hacks in Congress, but reduced it.

Perhaps I am too obsessed with slow moving vehicles and historical comparisons. However, it is worth recalling that the Democratic Party was the party of slavery and Jim Crow. It was a Democratic president, Woodrow Wilson, who extended Jim Crow to the federal civil service and assured its enforcement in the military. It took a war the US started in Korea and nearly lost (that war is also not yet over) to force an otherwise segregationist Democratic POTUS to order integration of the US military. It was the Democratic Party that dominated the corrupt urban political machines that suppressed Black and immigrant voters in the North and ran the Klan in the South. It was the Democratic Party that defeated Radical Republicans, ended Reconstruction and perpetuated the racist system in the US for another century.

So where these people who look to the Democratic Party get the nerve to claim any decency at all escapes me. Some poignant remarks from Malcolm X come to mind:

It isn’t a president who can help or hurt; it is the system. And this system is not only ruling us in America, it is ruling the world. Nowadays, when a man is running for president of the United States, he is not running for president of the United States alone; he has to be acceptable to other areas of the world where American influence rules. … the shrewd capitalists, the shrewd imperialists knew that the only way people would run toward a fox would be if you showed them a wolf.

I can only conclude that those who revel in the supposed defeat of Donald Trump are like those drivers in new technology-saturated cocoons to which I initially referred. They have no sense of speed, or safety intervals, braking distances or even how the machine in which they sit actually operates. They do not understand the electoral mechanics and have no respect even for the formal legal structures — they have never been able to change and hence are equally obliged to accept.

They are irresponsible, reckless drivers who should never be trusted on the roads to democracy — anywhere.

This article was posted on Wednesday, November 11th, 2020 at 9:27am and is filed under “The Left”, Democrats, Donald Trump, Elections, Joe Biden, Legal/Constitutional, Republicans.