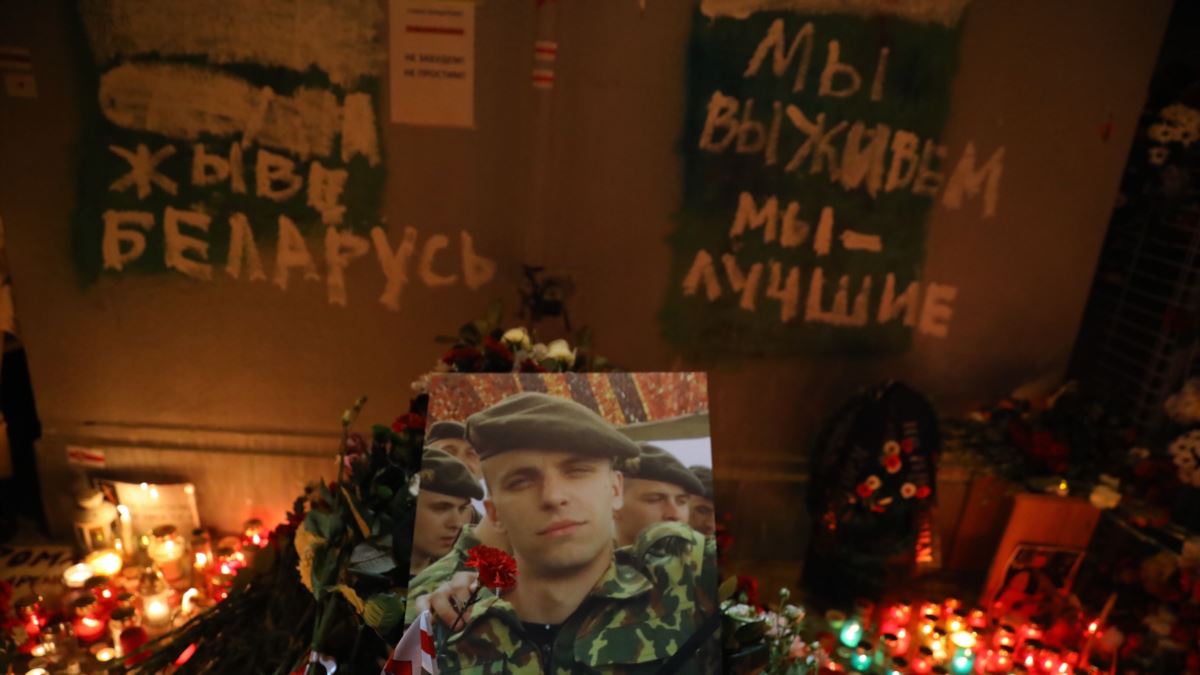 Witnesses say plainclothes men abducted Raman Bandarenka on November 11 after a scuffle in a square where they came to remove red-and-white ribbons that represent the opposition protest movement against strongman Alyaksandr Lukashenka.

The interior ministry said “unknown people” were fighting and when police arrived they called an ambulance to take an injured Bandarenka to the hospital.

The witness said there was no ambulance, and instead, the masked men took several people away in minivans similar to those used by security forces.

More than an hour later, Bandarenka was reportedly admitted to an emergency room with severe head trauma and died on November 12.

Svyatlana Tsikhanouskaya, the opposition leader who fled the country due to threats against her and her family, described Bandarenka as a hero.

“He became a victim of the regime’s inhumanity and terror for just being an active Belarusian thriving for freedom,” Tsikhanouskaya said.

“Shocked by the death of Raman Bandarenka,” Lithuania’s Foreign Minister Linas Linkevicius said on Twitter. “Astonishing cynicism, cruelty of the regime and blunt ignorance of people’s aspirations for changes.”

Lukashenka, who has ruled Belarus for 26 years, has faced almost daily protests calling for his resignation since a presidential election on August 9 that the opposition says was rigged and that the West has refused to accept.

Several protesters have been killed and thousands of people arrested since authorities declared Lukashenka the landslide winner of the vote.

There have also been credible reports of torture during a widening security crackdown.

Most of the country’s opposition leaders have been arrested or forced to leave the country.

In response to the crackdown, the United States, Britain, and the European Union have imposed sanctions on dozens of Belarusian officials, including Lukashenka.