Three months ago in August, I wrote a piece called Pandemic Panhandling, wherein I began with a brief recounting of the ways in which the music industry collapsed over the course of my musical career, prior to the pandemic, and then I wrote about some of the ways in which things have gotten exponentially worse for most formerly working musicians since the pandemic, in the US and many other places. 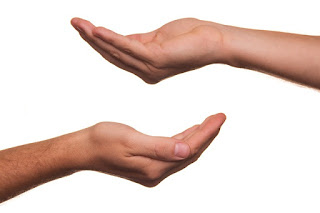 A lot has happened since then for everyone, but specifically in the lives of cultural workers, musicians, most artists generally, and me in particular, that an update on the subject seems to be in order.  One of the things that’s happened since my last missive on the subject is the publication of an excellent book called The Death of the Artist, which I have been reading lately with great interest.  (I’ll be interviewing the author for my livestream show/podcast on November 25th.)

One of the many striking aspects of William Deresiewicz’s book is the way he lays out how in each different art form, whether we’re talking about musicians, painters, writers, filmmakers and so many others, along with the rise of the internet there has been an accompanying rise of gigantic corporate efforts to take advantage of the chaos by going in for the kill and reshaping industry after industry in such a way that it is only profitable for a tiny minority, mainly those who run the tech corporations, while most everyone else suffers to one degree or another.  Having been so focused on trying to survive within the ever-changing landscape of the music industry, such as it is, it’s been eye-opening to discover that there are so many more evil, predatory corporations out there than I was previously aware of.  Spotify is only one of them.

Another striking piece of knowledge that the book elucidates at every turn is how prominent a role different forms of privilege play in whether someone might manage to survive as a working artist of some kind.  The fact made clear by the 2010 census is that if you are a person in the US making a living as an artist, it is overwhelmingly likely that you are white — like me, four out of five working artists in the US are white.

The way privilege plays into the making of this statistic can be very insidious.  For example, the old trope of the adult artist living in their parents’ basement.  The image is meant to convey a lack of success.  But then, for many working artists, it is the fact that their parents have a basement that they can live in that may be what is making it possible for them to survive as artists, since their rent is probably very low, if they are paying any at all.  And who owns houses?  Who owns houses with extra space in them?  Just the way home ownership is distributed along race and class lines in this country makes it easy, if you think about it, to realize why there is this racial disparity.

In my previous Pandemic Pandhandling piece, while I described some of the extreme difficulties faced by working artists, or formerly working artists, during and prior to the pandemic, I also was inspired to write the piece as a macabre sort of celebration of the fact that just in time for the pandemic to hit, I had finally reached a certain level of success in a years-long effort to use platforms like Patreon to build a base of ongoing, crowdfunded patronage, since this has indeed become the main way for people to still make a living as musicians, in lieu of the income that used to come in from CD sales and gigs.

Of course, that four out of five statistic is prior to the pandemic — years prior.  I can only try to imagine what it must be now.  If you had a day job, you probably lost it, because it was probably in the service sector.  Either way, you lost all your gigs.  If you don’t have a trust fund — a phenomenon representing the livelihoods of no small number of that white majority of working artists — and your unemployment money either never arrived or ran out, then all you might have left are some combination of credit cards, sponging off of relatives better off than you are, if you have any, and the very popular alternative of crowdfunding your survival, through platforms like Patreon.  And who gets the credit card offers, who has the relatives to sponge off of, and who has the network of fans with disposable income to support you on Patreon?  Not that any of this is an exclusively white thing, but with each new factor, the picture gets more and more pale.

And who are these primarily white artists?  Among the ones surviving on the patronage model, it would appear that the vast majority of the ones who might be making a living are barely making more than a typical full-time employee at an Oregon McDonald’s outlet.  This group is estimated to represent no more than 2% of the artists who are on Patreon, the most popular platform for people engaged in this model of survival.

Knowing that due to so many factors, the overwhelming majority of working artists in the US are white, it’s a bit surreal to also be referring to this group as struggling and marginalized.  But in many ways, whoever the artists are, they/we overwhelmingly make no more than a typical minimum-wage worker, even if we may like our jobs a lot more.  And we are being priced out of cities like Portland, as a group, at a roughly similar rate as Black people are being gentrified out of this city.  Our widespread presence in this city back in the 1990’s may have been one of the main reasons for the city’s ongoing gentrification in the first place, but nowadays you’ll rarely find a “keep Portland weird” bumper sticker on any car that doesn’t belong to a real estate broker.

As one of the few working artists still living in Portland, having hopefully by now established what a rarefied little club I’m in, at the risk of self-indulgence, I feel compelled to use my own situation to update folks on where things are at, both because you may be interested, if you’re reading this, and because my situation, as rarefied as it is, is also representative for at least a few others.

During the first few months of the pandemic, there was a lot more money floating around, and a lot more concern in the media about the welfare of people working in industries that had been totally devastated by social distancing, such as what they call entertainment and service industries, among so many others.  I, along with many other artists I keep track of, gained a lot of supporters on Patreon.  I had gigs lined up in nine countries, and lost a lot of projected income as a result of all the tours being canceled, but during those months when I should have been on tour, some of the gig organizers managed to pay me anyway, and a bunch of folks made one-off donations, several over $1,000.  We were so flush with cash that we paid off half of our credit card debt while continuing to cover rent and food.  We donated money to other people and networks, and made posters, stickers and banners for the struggle around evictions here in Portland.

That was my world in August.  Things have changed since then, and there is every indication that it’s not unique for me.  I can confirm what is repeated daily on Marketplace — the money that was in the economy from the one bailout is gone.  While recurring patrons remain, the flurry of one-off donations is over.  While the patrons alone more or less cover rent and food, they don’t go any further than that, so the cost of our son’s preschool, which started up again since I last wrote on this subject, is now putting us further in debt with each passing month.

Another way to put it is there are no rules to this game, but to the extent that there are any, I think I’m following them.  That is, first I built up a global fan base by touring and recording and doing all sorts of things that are currently impossible.  Then I set up a multi-faceted system of begging online through various platforms, as we are all told is the new normal, since the demise of the CD, the download, and the paying gig.  Then I started producing more content online that might interest this wonderful group of several hundred people who support me on an ongoing basis.  And the ranks of supporters continues to grow — just not quite at the pace expenses are growing.

While doing all the live-streaming and online panhandling as per my profession in its current incarnation, like so many other unemployed people during the pandemic, I was trying to collect money from the Employment Department.  I began this process in early April, when the Congress announced that gig workers like me could now qualify.  Since last August, I finally connected with someone from the department on the phone, and got my claim reengaged, since the initial rejection I received in June.  It is now November, and I’m still waiting to receive a cent from the Oregon Employment Department, along with tens of thousands of other unemployed gig workers in this state.

The governor here in Oregon announced that the food assistance program would be expanded during the pandemic, so that people who wouldn’t normally qualify would now qualify for some assistance.  For three consecutive months, we benefitted greatly from having an extra $500 a month to spend on groceries for our family of five.  But my efforts to receive ongoing food assistance aside from the special pandemic offerings were rebuffed.  It turns out that even without any gigs, I still make too much money from Patreon to qualify for food assistance — even though it’s not enough money to cover the combined costs of food, rent and preschool.  I am lately often reminded of British punk rocker TV Smith’s wonderful song, it’s “Expensive Being Poor.”

For me, as with so many others, the entire financial equation would be radically transformed if not for the monthly need to set aside around half of my earnings for the landlord corporation.  If we were living in my mother’s basement, we would be fine.  My mother, however, is also a musician, and she already lives in the basement.  She’s doing fine there, too, and she owns that basement, and I’m not trying to elicit any sympathy for her.  It’s just that there is no basement for us to live in, for all practical purposes.  My father, also a musician, moved out of the suburban home he was living in when he retired, out of financial necessity, and moved into a much smaller place — no basement there either.  Again, not trying to elicit sympathy for him, and he’s doing fine, too.  The fact that I was raised by musicians gave me so many advantages in the pursuit of my own musical career, I wouldn’t even know where to start listing them.  So much privilege.  But still no free basement.

So I, and so many other privileged working musicians, to say nothing of everybody else, sink slowly deeper into debt and wait to see what happens.  We keep close track of all the same things.  Will that windfall from the Employment Department ever arrive?  For how much longer can we keep deferring this car loan?  Will the moratorium on evictions be extended in January?  Will Congress ever pass a second bailout, perhaps one that includes rent relief?  So much unknown, and so many more things to think about, lying awake in bed at 4 am.