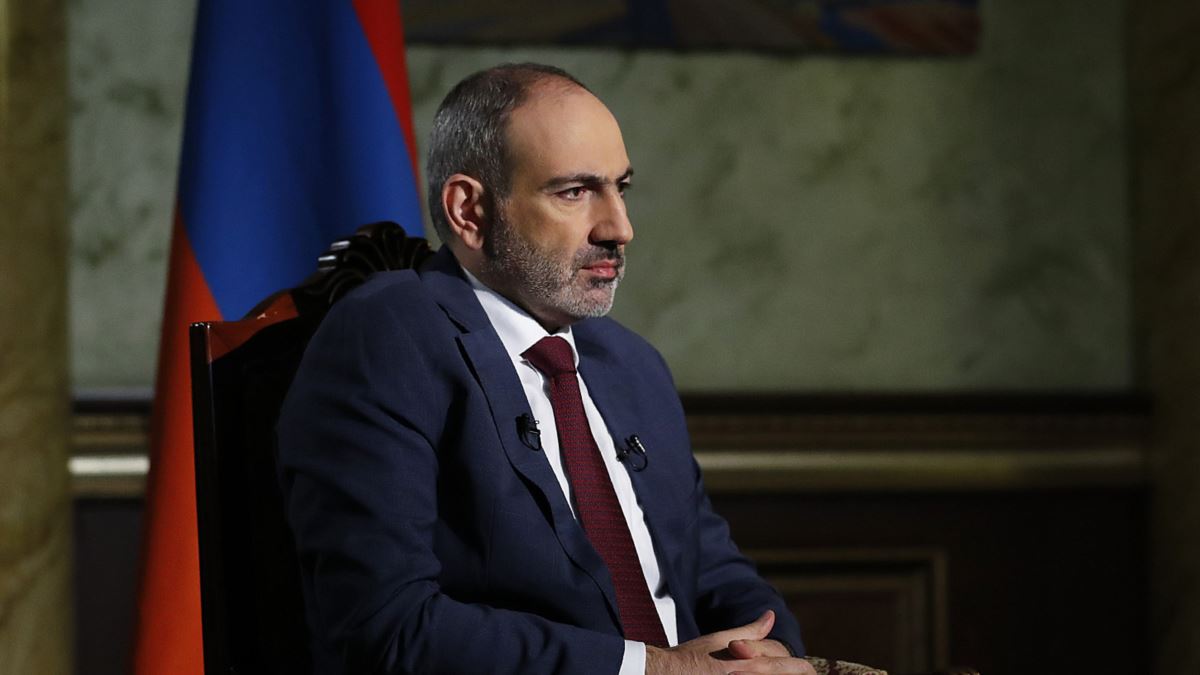 YEREVAN — Armenian Prime Minister Nikol Pashinian sparked criticism for comments that were interpreted by the Armenian opposition as a call for confrontation, but he insisted they were not meant to incite any civil strife.

The announcement of a Russian-brokered cease-fire early on November 10 that ended six weeks of fighting between Azerbaijan and ethnic Armenian forces over the disputed Nagorno-Karabakh region has triggered angry protesters in Armenia.

The next anti-government protest is expected in the capital, Yerevan, later on November 16.

Pashinian said on Facebook on November 15 that he watched dozens of videos of soldiers on the front lines and was “amazed” at their insightful discussion of political matters.

“Guys, you are right. I am waiting for you in Yerevan. [In order to] finally resolve the issue of whiners under the walls. I am proud of you,” he added.

But Pashinian said later at an online news conference that he did not mean anything threatening.

“Everyone is nervous now, they are easy to manipulate,” the prime minister said.

He explained that he was planning to meet with soldiers after their return from the front lines and that he expected them to dispel accusations of “betrayal.”

“The soldier who was on the front line knows the situation in Karabakh best of all. Many of them are asking to meet with me, and I am waiting for their return for this,” Pashinian said.

He made the comments as at least three deputies of the ruling My Step faction announced on November 15 that they were resigning their mandate or leaving the faction.

Nagorno-Karabakh is recognized as part of Azerbaijan, but the ethnic Armenians who make up most of the population reject Azerbaijani rule. They have been governing their own affairs, with support from Armenia, since Azerbaijan’s troops and ethnic Azeri civilians were pushed out of the region in a war that ended in a cease-fire in 1994.

Fighting broke out again in and around Nagorno-Karabakh on September 27, killing more than 2,000 soldiers and civilians on both sides.

The Russian-brokered truce between Armenia and Azerbaijan, which came after Azerbaijani forces made major battlefield gains, allows Azerbaijan to keep a sizable chunk of the small mountain region, along with the surrounding areas captured during the fighting.