In the United States, when catastrophes happen, one of the first public reactions is to blame the schools. A recent headline in Mother Jones typifies this: “Why Teaching Civics in America’s Classrooms Must Be a Trump-Era Priority.” Surely, the logic goes, if civics had been properly taught to them, more than 70 million Americans would not have just voted for a delusional sociopath determined to replace centuries of constitutional democracy with a corrupt dictatorship.

It is true that since 1960 the teaching of civics in American schools has been largely obliterated by funding cuts and “core exam” strategies. By 2011, all federal support for the teaching of social studies and civics in schools had ended. Survey after survey has discovered just how ignorant Americans have become about their nation. For example, two-thirds of them can’t even name the three different branches of the US government. Or, presumably, spot the difference between the First Amendment’s guarantee of free speech and Trump’s repeated claim that the news media are “enemies of the People.”

So is the solution to the Trumpian abomination to be found in a great renaissance of social studies education? Perhaps but my own American educational experience tells me to be very careful here.

I was introduced to civics in my first year of junior high school. It was called Citizenship and it was 1958. I was 12 years old and living in a middle class suburb of New York City.

My Citizenship teacher was Mrs. Netts, a stout woman in her late 50s with a high-pitched cajoling voice, a rigid bouffant hairdo, and many pastel-coloured crepe dresses. In retrospect, she seems almost a comic figure, a kind of American Dame Edna. At the time, however, Mrs Netts terrified me.

A bit of historical context is needed here. A year earlier, in October 1957, the Soviet Union had launched its Sputnik satellite into orbit around the Earth. This both shocked and shamed America. The Russians had beaten us into space! How could this have happened? Who was to blame? Quickly, the finger was pointed at me and my fellow students and at America’s “failing” schools. Clearly, our educational system was inferior to the ruthless Soviet academic gulag. We had all heard about Russia’s advanced brainwashing techniques. Clearly, after Sputnik, we knew they worked a treat.

I think 1958 was an extraordinary time to be a pubescent American child, a member of the first post-nuclear generation. Mine was not just a generation; it was an explosion of hope and fear, all mixed together in what was literally called a Boom. In fact, under the leadership of war hero President Dwight D. Eisenhower, I was a child soldier in the great Cold War that America was fighting against communist Russia.

In January. America had managed to rush aloft its own anticlimactic answer to Sputnik. However, during those early days of the “space race”, many of our missiles were dramatically less successful, exploding prematurely above Cape Canaveral’s Florida launch pad. Each exploded rocket brought more critical press coverage and the nation’s self-doubt increased accordingly. The nation’s hysterical paranoia about a “missile gap” with Russia would finally reach its crescendo a few years later with the Cuban crisis. 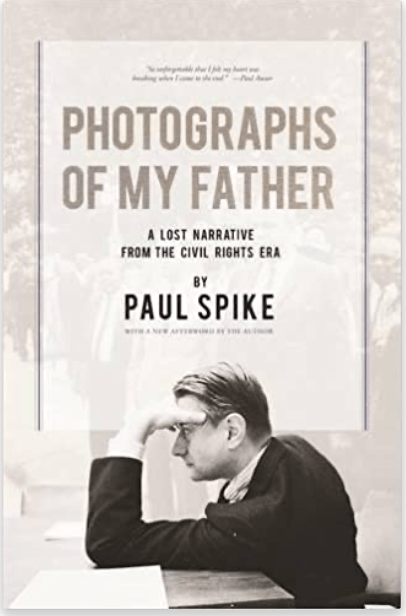 town of Mars Bluff, South Carolina. Fortunately, a catastrophic nuclear chain reaction failed to occur. Did our weapons actually work? Nobody thought to ask. But the conventional explosives in the nuke’s trigger did ignite and inflicted a substantial amount of damage on the small town. It was a disheartening Cold War set back, but largely hushed up. Besides the American press had gotten stuck into another more patriotic story: Elvis had been drafted into the Army.)

“Do you know why you are so lucky to be Americans?” Mrs. Netts asked my class on our very first morning. “Because, if you lived in Russia, the only thing they would give you in school would be propaganda. Russian children are stuffed like chickens full of communist propaganda. They never hear the truth! They don’t know the difference between a fact and a communist lie. Lucky for you, we don’t have propaganda here in America. Boys and girls, count your blessings. And think about how lucky you are.”

We did think about it. I was only 12 years old and my linguistic sophistication was definitely limited. Still, it was clear to me that Mrs. Netts was not joking. She sincerely believed every word she uttered. I could see that Mrs. Netts was stuffing us chickens full of anti-Russian propaganda without the slightest self-awareness about what she was doing.

She couldn’t see it, but I saw it. And some of my schoolmates did too. We would make jokes about communist propaganda and Mrs Netts during lunch in the cafeteria. But nobody dared to raise their hand in class and say, “Excuse me, Mrs. Netts, but isn’t what you are telling us exactly the same as what the Russians tell their children? Isn’t it all propaganda?”

Mrs. Netts had warned us about the consequences of classroom insubordination. She had made it painfully clear.

“This, boys and girls, is your Permanent Record.” She was holding up an empty cardboard file folder. “One day this will be as thick as a telephone book. It will have your name on the outside. Inside will be all of your years at school, from now in the seventh grade until your senior year of high school. All of your grades, every teacher’s report, your attendance records, any episode of misbehaviour, and a complete list of your extracurricular activities. Many other things that you won’t ever know about because your permanent record is highly confidential. When you are in the 12th grade, and applying to college, we will write a recommendation letter for you. It will cover everything in this folder. It will be the single most important factor in determining where…and IF…you go to college.”

A shudder filled the classroom. Even at our age, we knew that our happiness – and our parents’ happiness – was based on a university future. Ideally at an Ivy League college like Harvard or Columbia, but any university would be better than none. We lived in an affluent post-WWII society with a huge network of public and private universities. College in post-war America was now financially possible for the masses. If we behaved ourselves, if our permanent folders held no nasty surprises, if our grades were high, if we joined enough school clubs, then our administrators would write glowing letters of recommendation to the colleges of our choice.

On the other hand, Mrs. Netts said, this was not a given. If our files were full of negative teachers’ reports, low grades, complaints about our wise-ass backtalk and our “poor attitude”, we could put aside dreams of college. Our school guidance counsellors would suggest that we look into the county’s “excellent” vocational training facilities. Forget becoming doctors or teachers. We could pursue careers in automobile repair or hairdressing.

Most of us were first-generation, white middle class kids; many of our parents had not been to university. Many parents had grown up working class, the children of Italian or Jewish or Greek immigrants from the Bronx or the Lower East Side. They had worked their way from urban tenement neighborhoods out to this comfortable green-leafed suburb.

Of course it was a segregated all-white suburb. In 1958, if you lived in a white suburb in the North, the Civil Rights movement was at best a distant murmur, something about Negroes boycotting local Alabama buses. Our parents now owned houses and had lawns to mow. Looking back, one suspicious aspect of the Cold War was how effectively it distracted white Americans from the realities of their society’s profound injustice and dreadful inequality, but in 1958 these realities were still boiling under the surface.

In our parents’ dreams, their children were definitely going to a good college. The anxiety insinuated by Mrs. Netts into our pubescent 12 year old brains was a kind of living nightmare.

“Now boys and girls let me tell you about our very first Citizenship project. You’re going to write your life stories. During class – because you won’t be allowed to take these home – you’ll be writing all about your homes, your families and your memories. Good and bad memories. Tell us about your lives. Are your parents happy or sad? Who did they vote for? Who would you vote for if you could vote? Because this is America, you will be writing only true facts. Over the next few weeks, you’ll have lots of time. And guess what? I will not be giving you grades on your work. You will each get an A for your life story, if they are complete and not just a few paragraphs. These will be the first important things to go into your permanent record.”

It is not difficult to imagine Mrs. Netts at a Trump rally today, wearing a red baseball cap. I’ve watched many television interviews with her contemporary lookalikes these past months

“Of course I’m voting for Trump,” they say. “Just look at everything he’s done for America. He tells it like it is.”

I suspect some of them in their red hats would be more than happy to teach young people about fake news, voter fraud and the black lives matter “riots”, and to call that Citizenship. In sad but important ways, I think, perhaps not much has changed since America was great.