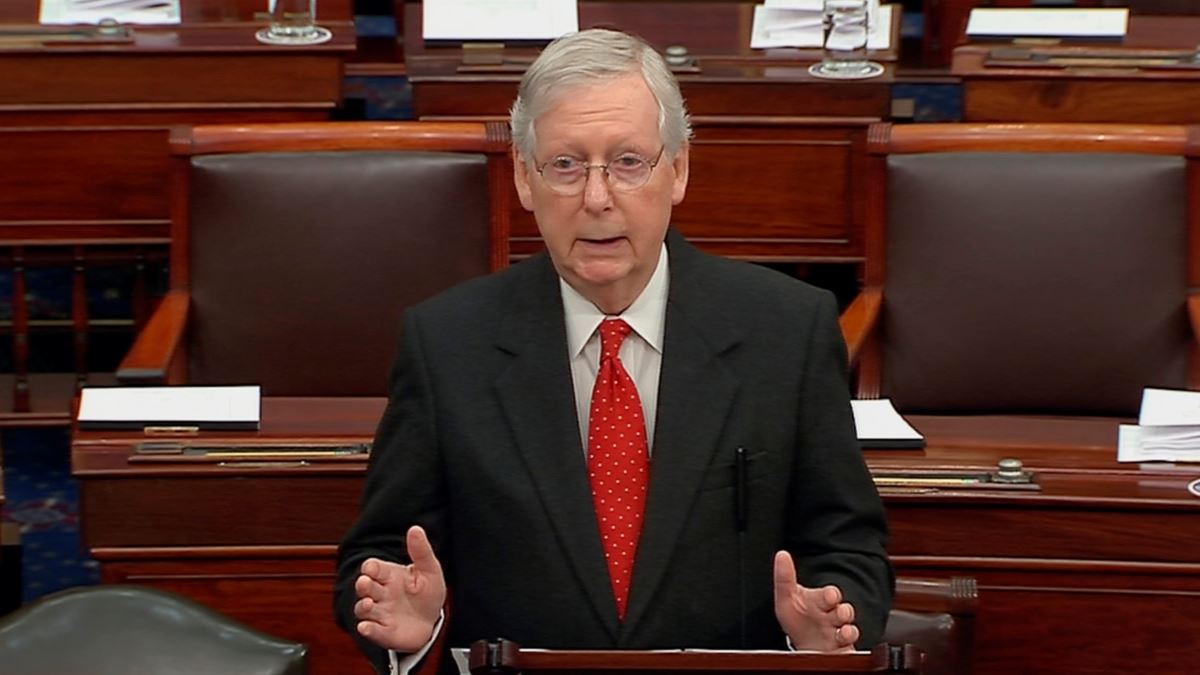 McConnell, the top Republican in the Senate, said such troop reductions would give extremists a propaganda victory and would amount to abandoning partners.

“It would hand a weakened and scattered Al-Qaeda a big, big propaganda victory and a renewed safe haven for plotting attacks against America,” McConnell said.

He added that the move would leave room for the Taliban to take control of Afghanistan and the Islamic State group and Al-Qaeda to rebuild. He said it also could be viewed as a humiliation.

“The spectacle of U.S. troops abandoning facilities and equipment, leaving the field in Afghanistan to the Taliban and ISIS, would be broadcast around the world as a symbol of U.S. defeat and humiliation, and a victory for Islamic extremism,” he said, speaking on the Senate floor.

McConnell’s comments came after media reports said the Pentagon had received directives to prepare to bring back another 2,000 U.S. forces from Afghanistan and 500 from Iraq before President-elect Joe Biden is inaugurated on January 20.

That would leave only about 2,500 troops in each country, fewer than U.S. military officials have said is enough to ensure stability.

The Pentagon has not confirmed the reports about the withdrawal.

Senator Tammy Duckworth (Democrat-Illinois), a veteran of the war in Iraq, also reacted on November 16 to news reports about troop withdrawals.

Speaking on CNN, she said they would put U.S. troops at greater risk and said a hasty withdrawal would mean U.S. equipment could fall into the hands of the Taliban and Islamic State.

Trump pledged to end U.S. wars abroad during his 2016 election campaign, and a withdrawal of thousands of troops would bring him closer to that goal before his administration ends.

Critics of an accelerated withdrawal have warned that it could be reckless given ongoing militant violence plaguing Afghanistan.

Before he was fired as defense secretary last week Mark Esper said that 4,500 troops should remain in Afghanistan until the Taliban reduces its attacks on the Afghan government as part of a commitment to peace talks.

Under an agreement signed in February between the Taliban and the United States foreign forces are to leave Afghanistan by May 2021 in exchange for the Taliban committing to cut ties with Al-Qaeda and other international militant groups.

The Taliban said in a statement on November 10 that it remains committed to the deal’s implementation despite a lack of progress in ongoing intra-Afghan peace negotiations in Qatar.

Based on reporting by AFP, Reuters, CNN