Erich Fromm, the renowned German-Jewish social psychologist who was forced to flee his homeland in the early 1930s as the Nazis came to power, offered a disturbing insight later in life on the relationship between society and the individual.

In the mid-1950s, his book The Sane Society suggested that insanity referred not simply to the failure by specific individuals to adapt to the society they lived in. Rather, society itself could become so pathological, so detached from a normative way of life, that it induced a deep-seated alienation and a form of collective insanity among its members. In modern western societies, where automation and mass consumption betray basic human needs, insanity might not be an aberration but the norm.

This is still a very challenging idea to anyone raised on the view that sanity is defined by consensus, that it embraces whatever the mainstream prefers, and that insanity applies only to those living outside those norms. It is a definition that diagnoses the vast majority of us today as insane.

When Fromm wrote his book, Europe was emerging from the ruins of the Second World War. It was a time of reconstruction, not only physically and financially, but legally and emotionally. International institutions like the United Nations had recently been formed to uphold international law, curb national greed and aggression, and embody a new commitment to universal human rights.

It was a time of hope and expectation. Greater industrialisation spurred by the war effort and intensified extraction of fossil fuels meant economies were beginning to boom, a vision of the welfare state was being born, and a technocratic class promoting a more generous social democracy were replacing the old patrician class.

It was at this historic juncture that Fromm chose to write a book telling the western world that most of us were insane. 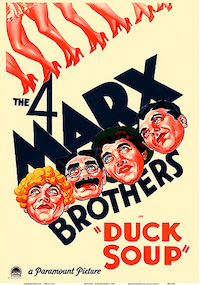 If that was clear to Fromm in 1955, it ought to be much clearer to us today, as buffoon autocrats stride the world stage like characters from a Marx Brothers movie; as international law is being intentionally unravelled to restore the right of western nations to invade and plunder; and as the physical world demonstrates through extreme weather events that the long-ignored science of climate change – and much other human-inspired destruction of the natural world – can no longer be denied.

And yet our commitment to our insanity seems as strong as ever – possibly stronger. Sounding like the captain of the Titanic, the unreconstructed British liberal writer Sunny Hundal memorably gave voice to this madness a few years back when he wrote in defence of the catastrophic status quo:

If you want to replace the current system of capitalism with something else, who is going to make your jeans, iPhones and run Twitter?

As the clock ticks away, the urgent goal for each of us is to gain a deep, permanent insight into our own insanity. It doesn’t matter that our neighbours, family and friends think as we do. The ideological system we were born into, that fed us our values and beliefs as surely as our mothers fed us milk, is insane. And because we cannot step outside of that ideological bubble – because our lives depend on submitting to this infrastructure of insanity – our madness persists, even as we think of ourselves as sane.

Which is why I recommend the new documentary I Am Greta, a very intimate portrait of the Swedish child environmental activist Greta Thunberg.

Before everyone gets started, let me point out that I Am Greta is not about the climate emergency. That is simply the background noise as the film charts the personal journey begun by this 15-year-old girl with Asperger’s syndrome in staging a weekly lone protest outside the Swedish parliament. Withdrawn and depressed by the implications of the compulsive research she has done on the environment, she rapidly finds herself thrust into the centre of global attention by her simple, heart-felt statements of the obvious.

The schoolgirl shunned as insane by classmates suddenly finds the world drawn to the very qualities that previously singled her out as weird: her stillness, her focus, her refusal to equivocate or to be impressed.

Footage of her father desperately trying to get her to take a break and eat something, if only a banana, as she joins yet another climate march, or of her curling up in a ball on her bed, needing to be silent, after an argument with her father over the time she has spent crafting another speech to world leaders may quieten those certain she is simply a dupe of the fossil fuel industries – or, more likely, it will not.

But the fruitless debates about whether Thunberg is being used are irrelevant to this film. That is not where its point or its power lies.

For 90 minutes we live in Thunberg’s shoes, we see the world through her strange eyes. For 90 minutes we are allowed to live inside the head of someone so sane that we can briefly grasp – if we are open to her world – quite how insane each of us truly is. We see ourselves from the outside, through the vision of someone whose Asperger’s has allowed her to “see through the static”, as she too generously terms our delusions. She is the small, still centre of simple awareness buffeted in a sea of insanity.

Watching Thunberg wander alone – unimpressed, often appalled – through the castles and palaces of world leaders, through the economic forums of the global technocratic elite, through the streets where she is acclaimed, the varied nature of our collective insanity comes ever more sharply into focus.

Four forms of insanity the adult world adopts in response to Thunberg, the child soothsayer, are on show. In its varied guises, this insanity derives from unexamined fear.

The first – and most predictable – is exemplified by the right, who angrily revile her for putting in jeopardy the ideological system of capitalism they revere as their new religion in a godless world. She is an apostate, provoking their curses and insults.

The second group are liberal world leaders and the technocratic class who run our global institutions. Their job, for which they are so richly rewarded, is to pay lip service, entirely in bad faith, to the causes Thunberg espouses for real. They are supposed to be managing the planet for future generations, and therefore have the biggest investment in recruiting her to their side, not least to dissipate the energy she mobilises that they worry could rapidly turn against them.

One of the film’s early scenes is Thunberg’s meeting with French president Emmanuel Macron, shortly after she has started making headlines.

Beforehand, Macron’s adviser tries to pump Thunberg for information on other world leaders she has met. His unease at her reply that this her first such invitation is tangible. As Thunberg herself seems only too aware when they finally meet, Macron is there simply for the photoshoot. Trying to make inane small talk with someone incapable of such irrelevancies, Macron can’t help but raise an eyebrow in discomfort, and possibly mild reproof, as Thunberg concedes that the media reports of her travelling everywhere by train are right.

The third group are the adults who line the streets for a selfie with Thunberg, or shout out their adulation, loading it on to her shoulders like a heavy burden – and one she signally refuses to accept. Every time someone at a march tells her she is special, brave or a hero, she immediately tells them they too are brave. It is not her responsibility to fix the climate for the rest of us, and to think otherwise is a form of infantilism.

The fourth group are entirely absent from the film, but not from the responses to it and to her. These are the “cynically insane”, those who want to load on to Thunberg a burden of a different kind. Aware of the way we have been manipulated by our politicians and media, and the corporations that now own both, they are committed to a different kind of religion – one that can see no good anywhere. Everything is polluted and dirty. Because they have lost their own innocence, all innocence must be murdered.

My latest: The more Greta Thunberg articulates the terrifying emotions of awakening to our impending extinction as a species – as she did at the UN this week – the more many of us dig in our heels to resist her role as an agent of change https://t.co/zEZYMuotZv

This is a form of insanity no different from the other groups. It denies that anything can be good. It refuses to listen to anything and anyone. It denies that sanity is possible at all. It is its own form of autism – locked away in a personal world from which there can be no escape – that, paradoxically, Thunberg herself has managed to overcome through her deep connection to the natural world.

As long as we can medicalise Thunberg as someone suffering from Asperger’s, we do not need to think about whether we are really the insane ones.

Long ago economists made us aware of financial bubbles, the expression of insanity from investors as they pursue profit without regard to real world forces. Such investors are finally forced to confront reality – and the pain it brings – when the bubble bursts. As it always does.

We are in an ideological bubble – and one that will burst as surely as the financial kind. Thunberg is that still, small voice of sanity outside the bubble. We can listen to her, without fear, without reproach, without adulation, without cynicism. Or we can carry on with our insane games until the bubble explodes.

This article was posted on Wednesday, November 18th, 2020 at 7:51am and is filed under Documentary Review.