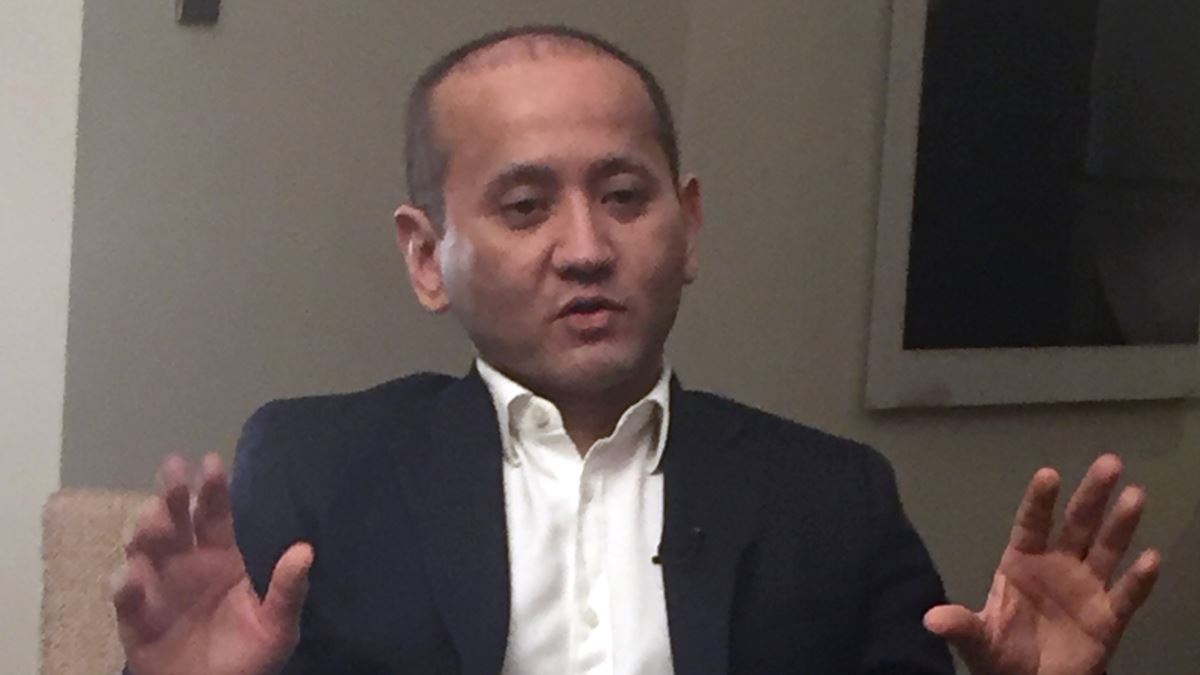 Mukhtar Ablyazov, a former Kazakh banker and outspoken critic of the country’s government, has called on his supporters to join and vote for the All-National Social Democratic Party (OSDP) to “prove” the party is a “fraud.”

In a video statement posted on Facebook on November 17, Ablyazov said that the OSDP, which has billed itself as the opposition in upcoming parliamentary elections, is in fact a government-controlled political party set up purely to make elections scheduled for January 10, 2021, seem fair and democratic.

According to Ablyazov, who currently resides in France, by voting for the OSDP, Kazakh citizens will be able to highlight the voting violations that will “for sure take place en mass to present Nur Otan as the winner.”

“Our main goal is to do everything possible to make sure that the ruling Nur Otan party gets less than 50 percent of the votes and that will be possible if we all vote for the OSDP,” he said.

International election observers say that past elections in Kazakhstan have been neither free nor fair, citing electoral fraud, repression of opposition candidates, and restrictions on the freedom of the press.

“We need the international community, international observers to find the elections illegitimate…. That would trigger mass protests against the rigged results, similar to what happened in neighboring Kyrgyzstan last month, where the opposition managed to change the situation just in days following the mass protests,” Ablyazov said, adding that people in Belarus also started mass protests against authoritarian leader Alyaksandr Lukashenka amid accusations that the August 9 presidential election in that country was rigged.

Ablyazov, a 57-year-old fugitive tycoon, has established the opposition movement Democratic Choice of Kazakhstan (DVK) and regularly organizes unsanctioned anti-government rallies across Kazakhstan via the Internet.

The Kazakh government has said six registered political parties will take part in the January 10 parliamentary elections. The parties include the ruling Nur Otan, four pro-government parties — Aq Zhol, Auyl, Birlik, and the Communist People’s Party — and the OSDP.

Activists in Kazakhstan have demanded that opposition political parties, including the Democratic Party of Kazakhstan, be officially registered and allowed to participate in the elections.

The polls will be the first parliamentary elections since President Qasym-Zhomart Toqaev succeeded Nursultan Nazarbaev, who resigned in March last year after nearly three decades in power.

Nazarbaev still maintains key positions of power, including head of the country’s powerful Security Council and the ruling Nur Otan party. He also enjoys almost limitless powers and immunity as elbasy — leader of the nation.

The 107-seat Majlis is currently dominated by Nazarbaev’s Nur Otan, which has 84 deputies.

The Communist People’s Party of Kazakhstan and the Aq Zhol party each have seven seats.

The remaining nine seats are appointed by the Assembly of the People of Kazakhstan, an advisory body controlled by Nazarbaev.

The last parliamentary elections were held in March 2016.