The defense industry celebrated Joe Biden’s victory in the presidential election, with contractors saying they expected their companies to continue flourishing under his administration as they have under Donald Trump. But while Biden is no peacenik — waging wars has long been an area of bipartisan consensus in Washington —  he has already signaled that he’ll take a radically different approach from Trump — particularly when it comes to making overseas arms sales.

Foreign policy was not a top campaign issue during the presidential election, especially as the news cycle was dominated by the health and economic consequences of the coronavirus pandemic, nationwide demonstrations against police brutality and racial injustice, and Trump’s efforts to sow doubt in the legitimacy of U.S. voting systems. But within a week of the election, Trump pushed through a $23 billion weapons deal with the United Arab Emirates. It was the latest manifestation of Trump’s cozy relationships with Gulf dictatorships that have become anathema to U.S. progressives.

President Donald Trump shows a chart highlighting arms sales to Saudi Arabia during a meeting with Saudi Crown Prince Mohammed bin Salman in the Oval Office of the White House in Washington, D.C., on March 20, 2018.

Biden, meanwhile, ran on ending U.S. support for the Saudi-led war in Yemen, a position that gained bipartisan support in Congress because of the efforts of progressive activists and lawmakers — until Trump vetoed a 2019 resolution that would have accomplished that goal. The former vice president said last month that his administration would “reassess” the U.S. relationship with Saudi Arabia, which he called a “pariah” during a primary debate last year. He has also said the U.S. would not sell more weapons to the country, deviating from the position taken by his former boss, Barack Obama. Biden has also expressed opposition to the Trump administration’s security assistance to Azerbaijan, which signed a peace deal with Armenia last week after a decadeslong  conflict broke into clashes in late September.

Progressive activists and lawmakers have welcomed Biden’s positioning thus far and are hoping that foreign policy is an area they may have influence with in the incoming administration.

In July, more than 30 progressive groups sent a letter to Biden urging him to select foreign policy personnel in a manner that would “challenge the institutions and groupthink that have led to a disastrous, overly-militarized, unilateral approach to foreign affairs” of past administrations.

Kate Kizer, policy director for Win Without War, a progressive foreign policy organization that signed the letter, said the recent UAE arms sale is a good place to start. “President-elect Biden has promised to chart a different path than Trump, and we’re hopeful that he starts by immediately undoing as many of the just-notified sales to the UAE as possible, and by putting the breaks on transfers that Congress has previously tried to reject under Trump.”

The president-elect “should leverage the renewed bipartisan commitment to recentering human rights concerns in U.S. weapons transfers, as well as accountability for past misuse of weapons,” Kizer continued. “We expect both Congress and President-elect Biden to really fix this broken arms sale status quo next year and finally end the decadeslong practice of arming human rights abusers and using weapon sales to achieve misperceived, often militarized national interests.” 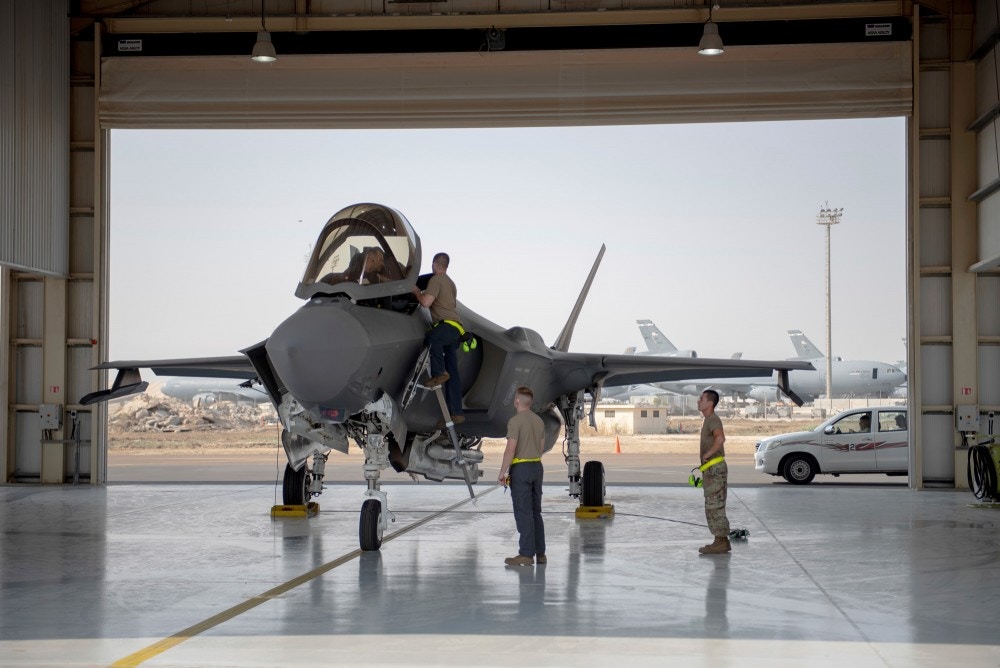 The Trump administration brokered an agreement between Israel and the UAE this summer, with the UAE agreeing to normalize diplomatic relations in exchange for Israel stopping a planned annexation of parts of occupied settlements in the West Bank. Biden’s top foreign policy adviser Tony Blinken, who has praised the controversial agreement, cautioned that the sale appeared to be part of a “quid pro quo” related to the normalization agreement, the Times of Israel reported. Blinken said a Biden administration would need to review the sale in order to preserve Israel’s edge in the region.

Michèle Flournoy, Obama’s undersecretary for defense policy and a top contender for defense secretary in the Biden administration, signaled opposition to a ban on arms sales to Saudi Arabia during talks on Yemen during a biannual meeting last January for the liberal think tank Foreign Policy for America, The American Prospect reported. She suggested instead a policy of conditional use, which the defense industry wouldn’t lobby against, according to TAP. But as Politico reported last week, Flournoy convened a call with top progressive foreign policy groups several days before the election to assuage their concerns about her position on arms sales to Saudi Arabia, saying that she opposed the sale of offensive weapons that could be used in Yemen. The Biden campaign declined to comment for this story, but pointed to Biden’s past comments on Saudi Arabia and Blinken’s comments on the UAE deal.

Alex McCoy, political director at the veterans group Common Defense, said Biden’s transition team has reached out to his group and a number of other progressive foreign policy organizations and engaged their critiques in good faith — even though there’s not yet much progressive representation on transition teams for national security agencies. Common Defense’s signature issue is a pledge to “end forever wars,” which Biden and Vice President-elect Kamala Harris did not officially sign on to, though similar language appears in Biden’s platform.

But when it comes to arms sales, McCoy said he expects it will be an area of agreement with the new administration. It helps that the middle of the party is broadly in agreement that the U.S. shouldn’t sell arms to authoritarian countries, McCoy explained. “I think this is a clear area where public opinion has become more evident to policymakers. And so I am seeing commensurate movement by those policymakers.”

The Democratic Party has made it a priority to end U.S. involvement in the Saudi-led war in Yemen, which has devastated the country and pushed it to the edge of famine. The Democratic National Committee included it in its platform, and Biden has called to end U.S. support for the Saudi coalition in Yemen. Biden came out in opposition to U.S. support for the war in Yemen last May, shortly after Trump had vetoed the War Powers Resolution. In a Q&A with the Council on Foreign Relations last August, Biden criticized Trump for giving Saudi Arabia a “dangerous blank check” to extend the war in Yemen.

Progressives intend to hold Biden to that promise. The joint War Powers Resolution to halt U.S. activity in the ongoing war, which was shepherded by Sen. Bernie Sanders, I-Vt., and Rep. Ro Khanna, D-Calif., gives them a road map. It was passed in both chambers last year, with support from 23 Republicans.

“Progressives are really interested in encouraging the Biden administration to follow through very quickly on the commitment to end the Yemen war, for starters,” said Matt Duss, foreign policy adviser to Sanders. “It’s not just a progressive priority, it’s a bipartisan issue at this point. You have a number of conservative groups that were part of the coalition, and this could be a good early bipartisan win.”

Speaking to The Intercept, Khanna expressed confidence that Congress would pass another War Powers Resolution ending involvement in Yemen and “that Biden would sign that in the first month or two of his presidency.” He added: “We need to have much greater restraint in terms of intervention, not be getting into more confrontations overseas and those would be the places I would love. … I think that a good place to see where we could get progress is to ban any arms sales to Saudi Arabia.”

Kizer, of Win Without War, said Biden could “unilaterally cut off further intelligence-sharing and security cooperation” with Saudi Arabia and the UAE. “These immediate steps must be followed by concrete steps to hold the Saudi and Emirati governments accountable for their abuses in Yemen — in the civil war and counterterrorism operations — not only by banning weapons to these countries for the foreseeable future and putting other security cooperation under review, but also by supporting multilateral efforts to create justice for the countless victims of this six-year conflict in an effort push for sustainable peace.” 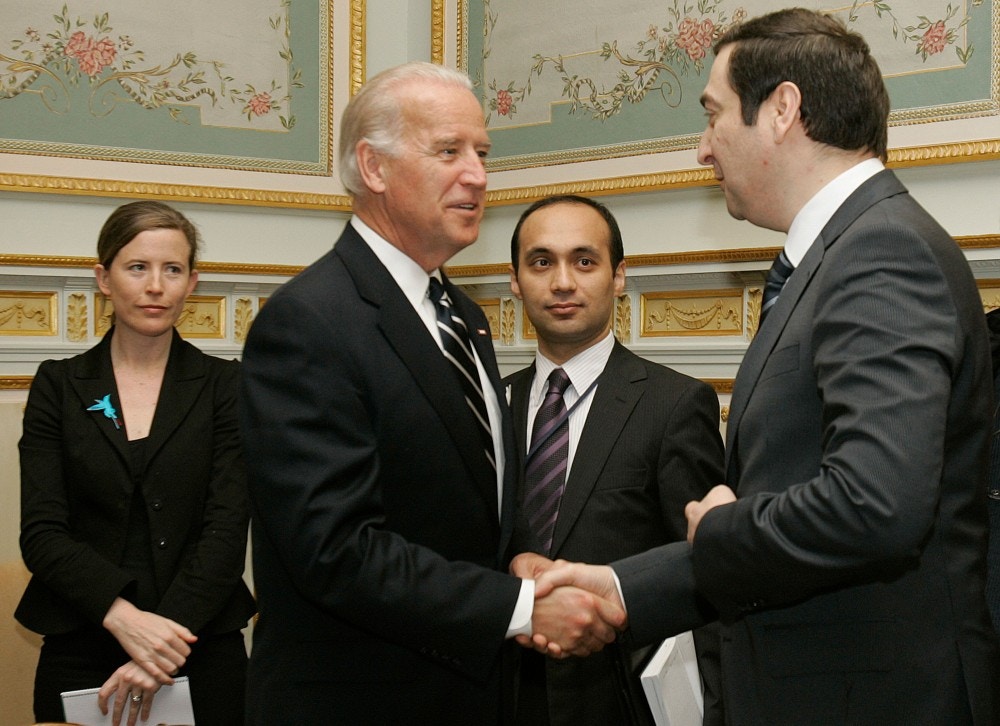 In addition to Saudi Arabia, Biden has called to restrict the flow of weapons to Azerbaijan. As of October, the U.S. was just behind Turkey in arms sales to the country. In a press release last month, Biden called on the Trump administration to stop sending equipment to Azerbaijan and to push Turkey and Russia to stop fueling conflict in Armenia. “The administration must fully implement and not waive requirements under Section 907 of the Freedom Support Act to stop the flow of military equipment to Azerbaijan, and call on Turkey and Russia to stop fueling the conflict with the supply of weapons and, in the case of Turkey, mercenaries,” Biden said. Instead, he added, the U.S. should be leading the effort to end fighting and push for international humanitarian assistance. “Under my administration that is exactly what we will do.”

Biden has addressed other foreign policy issues that are important to progressives, stating that he wants to rejoin the Iran nuclear agreement. Progressives are also hoping he can be pushed to roll back crippling sanctions in countries like Venezuela, Syria, and Iran, said a congressional aide who asked not to be named because they are not authorized to comment publicly on the Biden transition. “I think there’s going to be a case hopefully that we can make as a progressive movement that providing real economic relief, and sanctions relief, and humanitarian assistance, and so on is going to be vital to bolstering the U.S. economy, which rightly should be the early focus of a Biden administration.”

Biden called last year in a CFR questionnaire for maintaining U.S. sanctions and implementing tougher multilateral sanctions in Venezuela. His advisers have hinted that sanctions are still on the table in Syria, according to one report, although he has not spoken publicly about the matter. Biden has also said his administration would maintain sanctions on Iran, but has not outlined a plan on how they might shift under a return to the nuclear agreement. In April, he said that humanitarian exceptions should be made to allow the country to receive adequate supplies and equipment to respond to the ongoing pandemic. Biden has also signaled that he might be open to using sanctions against Russia.

Congressional progressives hoping to secure foreign policy wins will have to contend with a much slimmer majority in the House next session, having lost 11 seats to Republicans so far from their 35-seat majority, with some congressional races yet to be called. The upshot is that the Squad has expanded to include Jamaal Bowman, who unseated foreign policy hawk Rep. Eliot Engel, the chair of the Foreign Affairs Committee, and the Congressional Progressive Caucus is restructuring in a way that will allow it to leverage its growing power. Progressives have their eyes on proposals like one advocated for by Sanders and Rep. Ilhan Omar, D-Minn., that would allow the International Monetary Fund to dispense a global stimulus package to boost countries most impacted by the coronavirus pandemic and subsequent global economic downturn. “There’s kind of a global poverty aspect to this,” the aide said, “and I think that under a Biden administration, we’re gonna be able to see a lot more of that.”