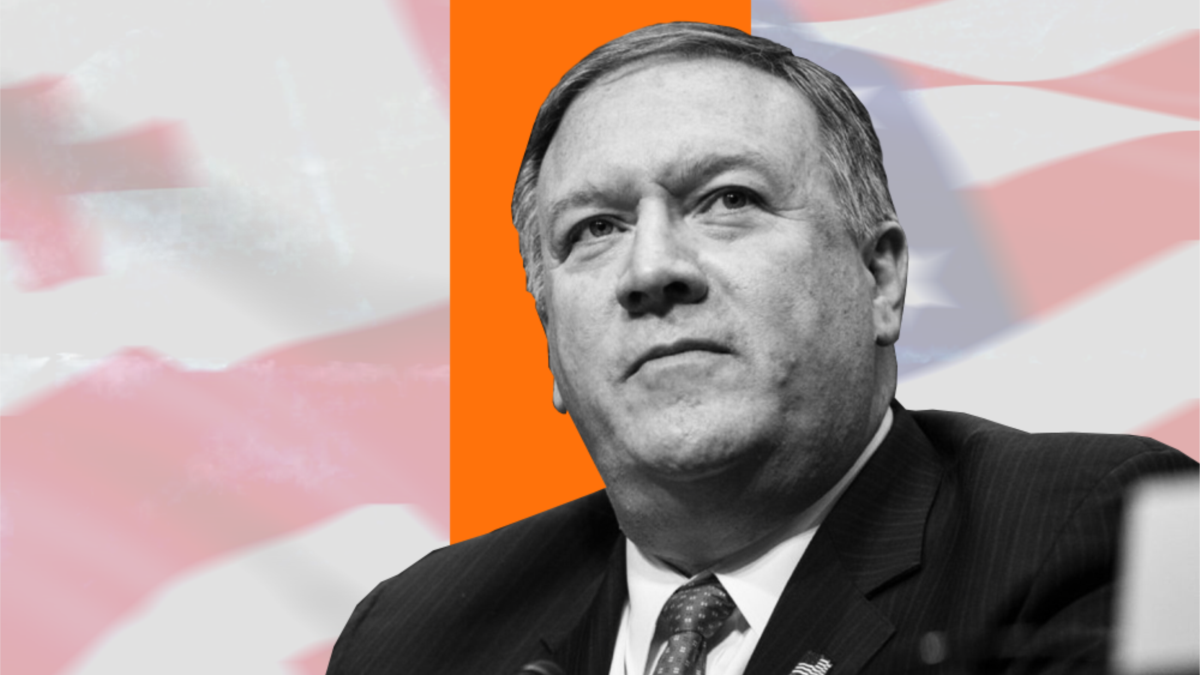 U.S. Secretary of State Mike Pompeo has arrived in Georgia ahead of talks on November 18 with leaders of the South Caucasus country on the prospect of deepening cooperation in the areas of defense and security but also will raise the subject of free and fair elections.

Pompeo’s high-level meetings with President Salome Zurabishvili, Prime Minister Giorgi Gakharia, Foreign Minister Davit Zalkaliani will focus on the priorities of the U.S.-Georgia Strategic Partnership Charter and on deepening cooperation in other areas, including trade, education, and culture, according to Georgia’s Ministry of Foreign Affairs.

The U.S. Embassy in Tbilisi said Pompeo “will review the efforts needed to strengthen Georgia’s democratic institutions and emphasize the importance of free and fair elections.”

Georgia’s October 31 parliamentary elections won by the ruling party, Georgian Dream, have been disputed by the opposition, led by United National Movement (ENM), European Georgia, and six other parties.

They say the vote was rigged, demand a repeat of the elections, and plan to boycott the recently elected parliament.

Georgian Dream has rejected the demand for new elections and has insisted the vote was free and fair.

The opposition parties and their supporters plan to hold a silent rally in Tbilisi against the election results during Pompeo’s visit.

Pompeo’s stop in Georgia comes in the middle of a seven-nation tour that has been complicated by his refusal to acknowledge President-elect Joe Biden as the winner of the November 3 U.S. election coupled with President Donald Trump’s refusal to concede while fighting the outcome in the courts.

Pompeo touched off a wave of criticism on November 10 when he said during a press conference that “there will be a smooth transition to a second Trump administration.”

But while in France on November 14 he voiced confidence in the commitment of Trump’s administration to the “constitutional frame” of the election and said the transition process would “work” and would “honor our internal and external obligations.”

He also met with President Emmanuel Macron, who last week joined with other European leaders in acknowledging Joe Biden’s victory and congratulated him on his win.

Pompeo, whose service as secretary of state will come to an end on January 20 with the inauguration of Biden, is not scheduled to hold a press conference during his visit to Georgia, RFE/RL’s Georgian Service reported.

The U.S. State Department and Georgia’s Foreign Ministry said in separate statements previewing the visit that Pompeo would reaffirm U.S. support for Georgia’s sovereignty and territorial integrity and for the country’s further democratic development and European integration.

The State Department statement said the United States supports Georgia’s NATO aspirations and deeply values the contributions Georgia is already making to the alliance’s operations, including in Afghanistan.

The United States has previously condemned Russia’s 2008 invasion of the Georgian regions of Abkhazia and South Ossetia, which remain occupied by Russia.

Pompeo’s visit also signals the strength and commitment of the United States to the South Caucasus after Russia recently brokered a truce to end fighting between Azerbaijan and ethnic Armenians over the disputed territory of Nagorno-Karabakh.

Pompeo arrived in Georgia late on November 17 from Turkey, the second stop on his current multination tour. He met with the Istanbul-based spiritual leader of the world’s Orthodox Christians, Ecumenical Patriarch Bartholomew I.

The visit, which included no official meeting and was limited only to Istanbul, was dismissed as “completely irrelevant” by Turkey’s foreign ministry.

Pompeo will leave Georgia for Israel, and then travel on to the United Arab Emirates, Qatar, and Saudi Arabia.

With reporting by AFP and RFE/RL’s Georgian Service