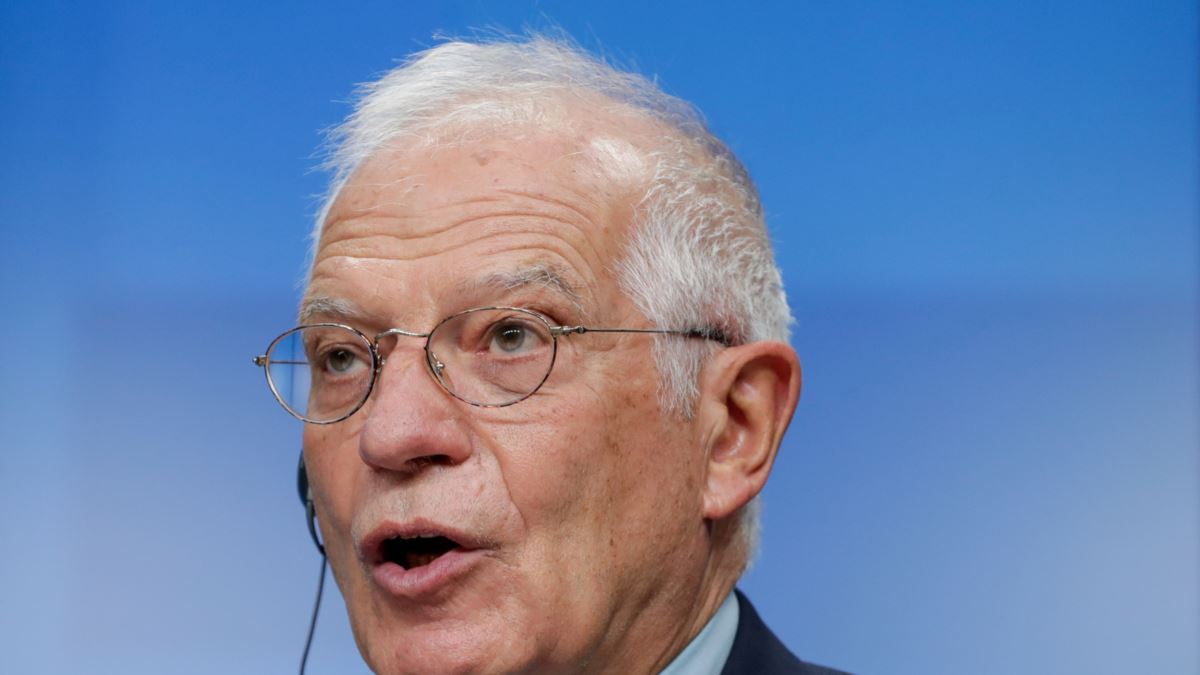 European Union foreign ministers have agreed to expand sanctions on Belarus to include businesses in response to the “brutality of authorities” against weeks of pro-democracy protests triggered by a disputed presidential election in August.

Noting that previous sanctions on strongman Alyaksandr Lukashenka and dozens of senior officials failed to halt repression, EU foreign policy chief Josep Borrell said on November 19 that the new set of sanctions “should go not only to the individuals, but also to institutions and entrepreneurs, and firms.”

The move “will affect normal economic activity” in the country, Borrell said.

He did not elaborate on the sanctions to target companies and businesspeople supporting Lukashenka’s regime.

Lukashenka, who has ruled Belarus for 26 years, has faced almost daily protests calling for his resignation since the August 9 presidential election, which the opposition says was rigged and the West has refused to accept.

Several protesters have been killed and thousands of people arrested since authorities declared Lukashenka the landslide winner of the vote. There have also been credible reports of torture during a widening security crackdown.

Most of the country’s opposition leaders have been arrested or forced to leave the country.

On November 15, police in Minsk used tear gas and stun grenades to disperse tens of thousands of protesters and arrested hundreds of people.

Lukashenka lashed out at the protesters on November 13, vowing not to hand over power to anyone just days after the death of a 31-year-old Belarusian man who is believed to have been badly beaten by masked security forces.

The EU has already slapped visa bans and asset freezes on Lukashenka and 53 officials over their role in the crackdown on protest and the “falsification” of the vote. The United States, Canada, Britain, and other Western countries have also imposed sanctions on Belarusian officials.

The EU foreign ministers, meeting by videoconference, considered that “there is no positive sign at all” from Minsk, Borrell told a news conference.

The ministers decided as a result “to proceed with the preparation of the next round of sanctions as a response to the brutality of the authorities and in support for the democratic rights of the Belarusian people,” the top EU diplomat said.

Borrell said it was up to EU member states to propose targets.

The next meeting of EU foreign ministers is to take place on December 7.

Belarus opposition leader Svyatlana Tsikhanouskaya, who left Belarus for neighboring Lithuania due to security concerns for her and her family, urged EU leaders earlier this week to impose “targeted financial sanctions against people…who are in the pockets of Lukashenka.”

Tsikhanouskaya is also calling on the International Ice Hockey Federation (IIHF) “to be firm” as they consider pulling the 2021 World Championships from the country.

The Zurich-based IIHF has said it is having “serious discussions” over the status of the tournament because of issues surrounding protests over the election, Latvia’s threat to withdraw as cohost, and the coronavirus pandemic.

With reporting by AFP and Reuters