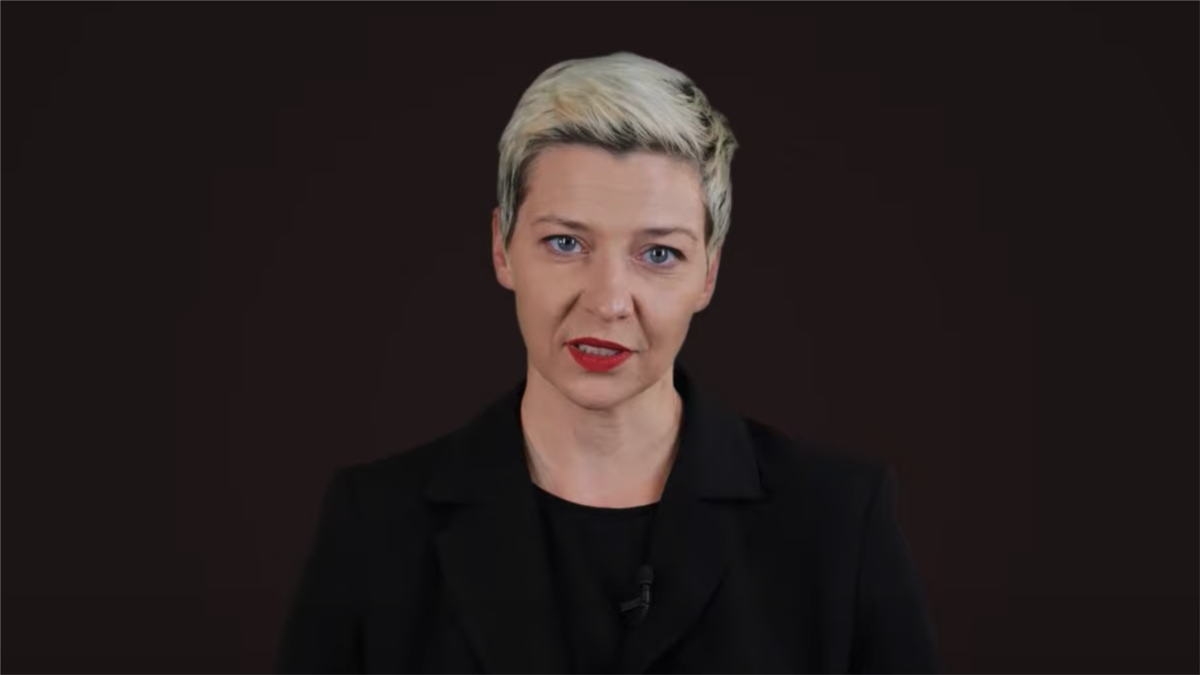 MINSK — The Minsk city court has upheld the extension of the pretrial detention of Maryya Kalesnikava, an opposition leader who is facing national-security charges.

Kalesnikava’s lawyer, Lyudmila Kazak, questioned the legality of the court’s November 20 hearing, saying it was held behind closed doors, which she said was a violation of the Criminal Procedural Code.

All the hearings into appeals filed by people held in pretrial detention and the decisions on such appeals must be open to the public, Kazak said.

The lawyer also claimed Kalesnikava had sent her 10 letters from the detention center where she is being held and that she had received only four of them.

“Disruption of the communication with a lawyer is also a violation. We have officially filed a complaint with the detention center’s warden,” Kazak said.

On November 6, a court in Minsk rejected Kalesnikava’s bail request and prolonged her pretrial arrest until January 8.

Kalesnikava is a key member of the Coordination Council, a body set up by Belarus’s political opposition to facilitate a transfer of power in the country following a presidential election in August that the opposition says was rigged and the West has refused to accept.

Mass demonstrations have swept across Belarus since the August 9 vote that gave Alyaksandr Lukashenka a sixth consecutive term.

Lukashenka has directed a brutal postelection crackdown that has included thousands of arrests, beatings, and other mistreatment of peaceful protesters, as well as expulsions of foreign journalists.

Kalesnikava herself was snatched from the streets of Minsk in September by masked men along with two staffers. The three were driven early on September 8 to the border, where they were told to cross into Ukraine.

Security officers failed to deport Kalesnikava because she ripped her passport into small pieces after they arrived in no-man’s land between Belarus and Ukraine. Her two associates continued on and have been in Ukraine since then.

Kalesnikava was brought back to Minsk and charged with calling for actions aimed at damaging national security via media and the Internet.

She could be sentenced to up to five years in prison if convicted.

A dozen human rights watchdogs based in Belarus have recognized Kalesnikava and her two detained associates as political prisoners and called for their immediate release from custody.