During a now-infamous House Democrats call about the November election results, New Jersey Rep. Bill Pascrell said he had been forced to “walk the plank” on the issue of qualified immunity, according to two sources with knowledge of the conversation. Pascrell had voted for the George Floyd Justice in Policing Act, which was passed by the House in June and included a provision to limit the use of qualified immunity, a legal doctrine that effectively shields law enforcement from liability in civil cases where individuals allege violation of their constitutional rights.

Pascrell’s comment, which has not previously been reported, was part of a wider discussion in which several members complained that bending to calls for police reform had hurt them. Some members specifically blamed activists’ demand to “defund the police” for the disappointing election results; Democrats were expected to expand their majority but instead Republicans have flipped more than a dozen House seats.

One result of conflating “defund the police” with modest police reforms that have broad bipartisan support, like ending or limiting qualified immunity, is that those modest reforms are now in jeopardy, several Democratic aides told The Intercept, requesting anonymity to speak freely.

“Even without the defund debate, I know there are some moderate members who think that the George Floyd Act was a political liability and who may be loath to vote on it again next year if it’s DOA” — dead on arrival — “in the Senate,” one Democratic aide told The Intercept. “In the infamous Dem Caucus call, Bill Pascrell said that he was forced to ‘walk the plank’ on qualified immunity and that it pissed off the police unions in his district. So, there surely is some segment of the Dem Caucus that feels that way.”

Asked about the conversation, Pascrell told The Intercept that the need for the “landmark changes” in the Justice in Policing Act “remains urgent, but we must adequately explain to the voters and nation the nature of these reforms. It is what I did in my district. And while not every organization was behind me, I was re-elected with more votes than ever before. Not everyone was as successful.”

The state’s largest police union, the New Jersey State Policemen’s Benevolent Association, withdrew its endorsement of Pascrell this summer over his vote for the bill. As of June, Pascrell was the largest recipient of police union money in Congress, OpenSecrets reported.

“This childish ‘defund’ whining has killed robust reform,” another Democratic congressional aide told The Intercept. “All the people that marched in July and that were so moved by George Floyd, they’ve now shifted their ire toward ‘defund.’ And it’s like, this is why Black people don’t trust people in the movement in the first place.”

House Democrats, who will have a slimmer majority next session, plan to reintroduce the George Floyd Justice in Policing Act, which would bar local police and federal officers from using qualified immunity as a defense. It was passed by the House in late June, with support from moderate Democrats like Reps. Abigail Spanberger, Conor Lamb, Max Rose, and Anthony Brindisi, who are now vocally arguing against calls to radically reform the police — making it politically difficult to vote again for reforms they supported earlier this session.

There is broad support across the ideological spectrum for narrowing qualified immunity as it currently stands. Libertarian groups like the Cato Institute and the Koch-backed Americans for Prosperity, and even some law enforcement advocacy groups want to narrow the doctrine, which they say affords a level of immunity not given in any other profession.

“Folks that are in my movement see qualified immunity as the lowest hanging fruit, being able to hold police accountable for violating people’s civil rights,” said David Pringle, policy and campaign organizer at the Center for Popular Democracy. The nonprofit progressive advocacy group supported the bill’s underlying aims but did not endorse it, saying it didn’t go far enough in pursuit of more transformational changes they want to see.

“If folks are saying now that they’re being made to walk the plank on qualified immunity, and yet would vote for the Justice in Policing Act, that makes me call into question the impetus: What was getting folks to actually get behind that bill over the summer as opposed to now?” 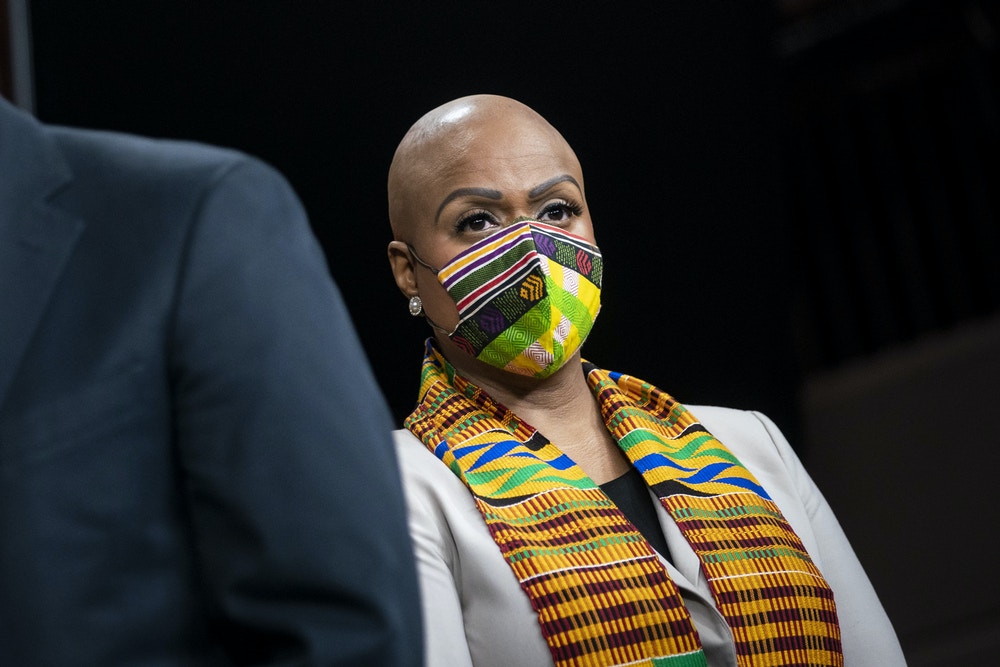 The bill was fueled by protests against police brutality this summer. It included incentivizing state and local government to ban law enforcement officers from using chokeholds, limiting transfer of military equipment to law enforcement, and requiring federal officers to use body cameras; the bill would also establish a national registry to track records of police misconduct and ban no-knock warrants in drug cases.

The bill would not defund the police, which Congress does not have the power to do. But moderate Democrats are still scapegoating the idea anyway and blaming the underlying goals of the Justice in Policing bill for putting them in difficult positions.

“You keep bringing up ‘defund.’ You keep whining and saying that that’s the reason you lost. Maybe you lost because we haven’t passed anything since the CARES package,” one of the Democratic aides said. Beyond that, police budgets are administered at the local, not congressional level, they added.

“We should not be taking the bait about this being something that is third-rail or polarizing.”

Massachusetts Rep. Ayanna Pressley, a member of the progressive Squad, was a major proponent of the bill and intends to keep pushing policies to reform policing. “These policies, they’re populous,” Pressley said. “In terms of my approach, I feel more emboldened. There is a reckoning, and the movement of the most marginalized — many of them fueled by issue-based activism like police reform and accountability — made this Democratic victory possible,” she said, referring to Joe Biden’s election victory. “We should not be taking the bait about this being something that is third-rail or polarizing. These are really just contrived narratives that are pushed as some sort of intimidation and scare tactic.”

Pressley and Rep. Justin Amash, I-Mich., introduced a bipartisan bill in early June to completely eliminate qualified immunity, including for state and local officials. They introduced the same measure as an amendment to the Justice in Policing Act. It was rejected, but Pressley lobbied successfully to strengthen the bill’s final language on qualified immunity, which included federal officers.

She’s planning to reintroduce the qualified immunity bill next year, she told The Intercept, along with the broader umbrella of the People’s Justice Guarantee to demilitarize police, redirect funding, and end the federal death penalty. Pressley also plans to renew a resolution she introduced in May with Reps. Ilhan Omar and Congressional Black Caucus Chair Karen Bass to condemn police brutality, racial profiling, and excessive use of force.

There has been a broad effort to get the Supreme Court to do away with qualified immunity. Groups such as the American Civil Liberties Union, the Cato Institute, the NAACP Legal Defense and Educational Fund, and conservative Christian group Alliance Defending Freedom backed cases appealing the court to address qualified immunity in some way, Reuters reported.

The court declined to take up a batch of eight cases involving the doctrine in June, with even conservative Justice Clarence Thomas dissenting in a case petitioned by the ACLU. Thomas said he continued “to have strong doubts” about the application of the doctrine, and that there “may be no justification for a one-size-fits-all, subjective immunity based on good faith.” Last month, the court ruled that qualified immunity could not be applied in a case brought by a man in prison against guards who allegedly confined him naked in two cells filled with feces.

Two groups of former and current law enforcement officers asked Congress this summer to end qualified immunity as it currently stands. Testifying to the House Judiciary Committee in June, former DOJ Office of Community Oriented Policing Services director and retired East Palo Alto police chief Ronald Davis, who now chairs the legislative committee for the National Organization of Black Law Enforcement Executives, called on Congress to end qualified immunity. The Law Enforcement Action Partnership, or LEAP, a nonprofit of law enforcement officials pushing for reforms to criminal justice and drug policy, also issued recommendations that same month pushing Congress to pass a law “to ensure that the qualified immunity doctrine does not stop officers who break the law from being held legally accountable.”

The case law that has defined qualified immunity over time sets standards for behavior of law enforcement that are far too low, said Brandon del Pozo, the former chief of police for Burlington, Vermont. Del Pozo served in the New York City Police Department for 19 years; he now studies drug policy and public health and is a subject matter expert for LEAP. He helped edit and signed onto the group’s recommendations this summer. “The thing about qualified immunity is that it’s judge-made law. It was never legislated,” del Pozo said. “I think there’s a sense when you look at the prevailing case law that if the bars are reasonableness and incompetence … the bar for reasonableness has been set way too low and the bar for incompetence has been set way too high. Even if we believe in the idea that civil servants should have protection from frivolous lawsuits, what the case law of qualified immunity has in effect defined as ‘frivolous’ is way too low a bar.” 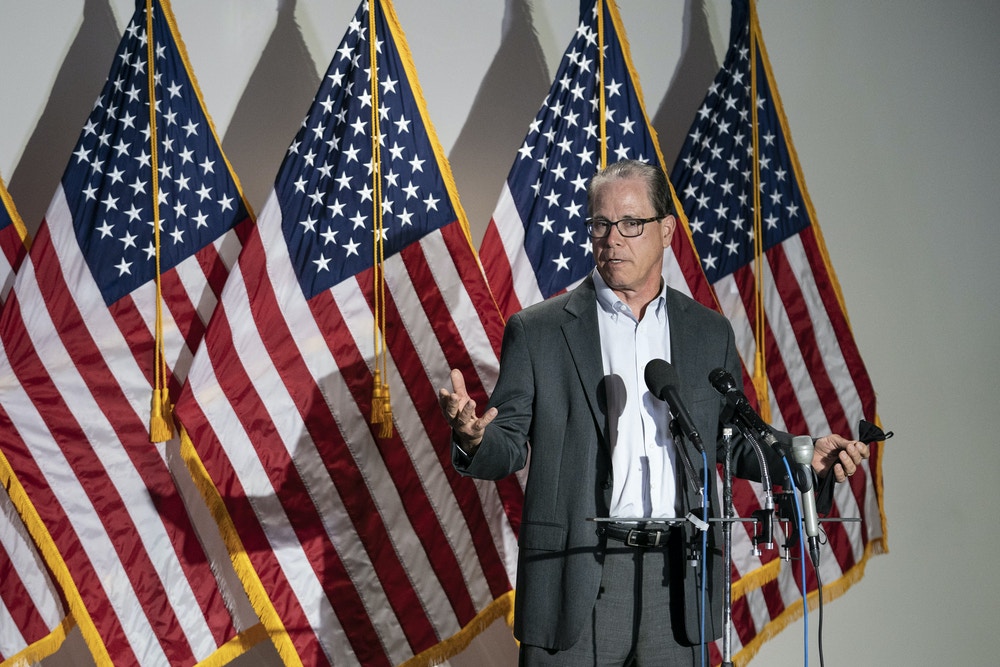 Despite the broad consensus against qualified immunity, the backlash to calls for reform has caused some Republicans to back away from early efforts to address it. Republican Sen. Mike Braun introduced a bill to reform qualified immunity in June — only to pull it back the next month following an interview with Fox News’s Tucker Carlson and pushback from police unions. Braun released a statement on July 1 blaming Democrats for blocking attempts at police reform and saying he would not push the bill without further input from law enforcement. His office did not respond to a request for comment.

Qualified immunity is one area where the federal government could impact policing — and banning or limiting it would have immediate, widespread impact — but most other reforms would have to happen on the state and local level. That’s another piece of the puzzle that makes congressional hand-wringing over defunding the police so frustrating for the caucus.

In June, Colorado passed a bill ending qualified immunity. The idea that conversations on police reform are too toxic for either party to touch is confined to a small group of people, said Colorado State Rep. Leslie Herod, who wrote the bill. “This is, quite frankly, only polarizing inside of those circles — legislative circles and policing circles,” said Herod, whose father is a retired federal corrections officer. “But when you go outside of that, you find that there is broad based support.”

Although the conversation has become polarized, she added, 70 percent of Coloradans support her bill and additional reforms, including the measure ending qualified immunity. “And that is after all of the divisiveness rose to the top. I think that people are making this more divisive than it needs to be, and more divisive than it really is. It is a common value that the police are in our communities to serve and to protect. And when they break that oath, and they don’t serve and protect but instead do harm, they should be held to account. ”