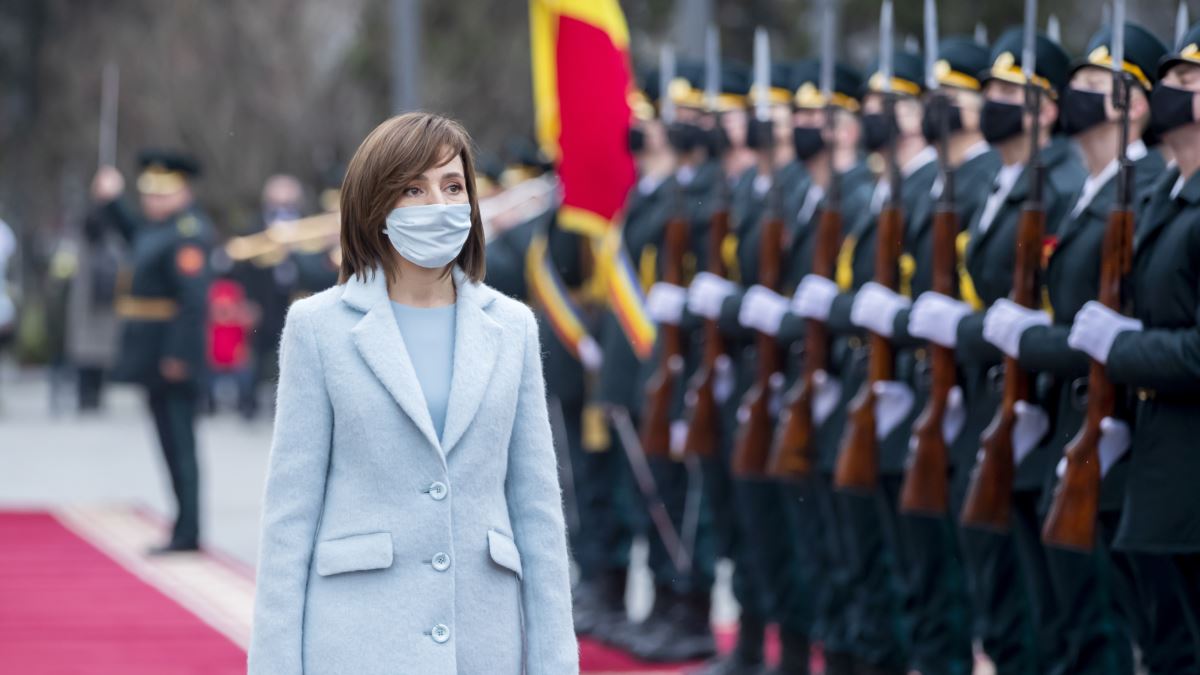 Maia Sandu has been sworn in as the new president of Moldova, pledging in her inauguration speech on December 24 to be an “honest and transparent” president of “all Moldovans.”

Sandu, a Harvard-educated former World Bank economist who favors closer ties to the European Union and the United States, was elected last month after a clear runoff victory against Russia-backed Igor Dodon.

She promised during her presidential campaign to battle endemic corruption in Moldova, one of Europe’s poorest countries.

During the inauguration ceremony, Sandu, 48, cited the coronavirus pandemic and the country’s economic crisis as her priorities and promised to appoint a team of experts to tackle the issues. Sandu has presented closer integration with the EU as a way out of the economic crisis.

“We need to get the vaccine as soon as possible,” said Sandu, referring to the COVID-19 vaccines that are already being deployed in some countries.

She also spoke about the modernization of the health system, which she said showed its limitations during the pandemic, and pledge to pursue a pro-European foreign policy “that would support domestic policy.”

“We look forward to working with you to strengthen Moldova’s sovereignty and territorial integrity, advance the rule of law, democratic reform, and greater economic prosperity,” Brown said.

Thousands of Sandu’s supporters greeted her outside the Palace of the Republic in the capital, Chisinau, after the ceremony, chanting “Maia Sandu and the people!” and “The people love you!”

She previously served as prime minister for several months during Dodon’s term before being ousted in a vote of no confidence last year.

On December 23, Prime Minister Ion Chicu and his government resigned in a move to help push the country toward early elections.

In her inauguration speech, Sandu said that snap legislative elections are the “only way to cleanse parliament and restore justice in our country.”

Earlier this month around 20,000 protesters took to the streets in Chisinau to demand early elections after lawmakers passed a bill transferring control of the country’s intelligence agency from the president to parliament.

The move was seen as a way to boost the power of parliament, where pro-Moscow Socialists aligned with Dodon hold a razor-thin one-seat majority in the 101-seat legislature.

The November presidential election was seen as a referendum on two divergent visions for the future of the Eastern European country of 3.5 million people that is sandwiched between Ukraine and Romania.

Since the election Sandu has called for the withdrawal of Russian troops from Moldova’s Moscow-backed separatist region of Transdniester, prompting the Kremlin to warn it could lead to “serious destabilization.”

Sandu is expected to nominate a new prime minister after consulting with the outgoing parliament.

Since the prime minister has resigned, she can dissolve parliament if there are two failed attempts to find a successor.

With reporting by AFP