In response to the state of Oregon’s latest extension of the partial ban on evictions, the landlord lobby here is suing for 100% of back rent.

I know it is often hard to see, but significant elements of the folks in power at various levels of government are keenly aware that we’re in a crisis, and they want to avoid a total meltdown of the social order.  They often like to act blase and in control of the situation, they like to pretend that we all believe we live in a society governed by law, where we all play by certain rules that are more or less sacred.  But really they know they rule over a house of cards that sits on top of a powder keg, and there’s a fire burning nearby, which they need to keep from reaching the powder keg, and any notions of the rule of law are relatively worthless when millions of people are suddenly unable to house themselves or put food on the table. 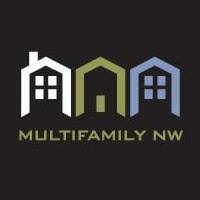 social cohesion, and long-term successful governance, would involve a reversal of the ongoing stratification of society under monopoly capitalism that has been taking place for several decades, which could begin with radical policies like government regulation of the cost of housing.  But at every level of government, government is bought and sold by the corporate landlords at public auctions which we call elections, and so even the legislators and governors intelligent enough to see the crisis that is in front of them are unable to do what they know needs to be done — in the longer term, instituting effective rent control policies, and in the shorter term, doing things like canceling all rent and deferring all mortgage payments for the duration of the pandemic.

So, hamstrung, knowing what they need to do, but also knowing who they actually work for, they can only delay the looming tsunami of evictions — “tsunami” now being the preferred term in the business press to describe the meteorological category of eviction crisis that is looming.  They can only kick the can down the road, in the hope that by sometime along the line in 2021, those that govern might come up with a plan to continue doing so.

In the meantime, here in Oregon, days after Multnomah County extended the ban on most evictions to July 2nd, and hours after the state of Oregon extended the statewide ban in a similar but more watered-down fashion, the landlords filed suit (that is, several big property-owners and their corporate lobbying arm, Multi Family Northwest).  The gist of their suit?  If the partial eviction ban is to continue, then we want the state to cover 100% of unpaid rent.

Which is especially galling, given that the lawsuit comes in response to efforts on the part of the state legislature that actually do go a long way in coming up with a real solution to the mounting unpaid rent crisis.  But having to ask for state aid that would only cover 80% of the rent they say they are owed was altogether too much of a burden and too much of a compromise — any compromise evidently being too much of one — and so they are suing for every last cent, global pandemic be damned.

The logic of this lawsuit, and of the activities of the landlord lobby with regards to shaping the law, is well worth some analysis.  Looking at the basic elements of their lawsuits and lobbying efforts through the years, the emphasis is clear.  The real message is don’t regulate us, we’ll just make as much money as we can, and if there are any problems as a result, we all know that’s why half of our local tax money goes to the police department.

The public message is don’t institute rent control, because that will just make the housing crisis worse, and we all want everybody to be housed, don’t we?  As the housing crisis has worsened year by year, with real rent control long ago abolished in state after state because of the efforts of the landlord lobby, this argument becomes harder and harder to hold up, but that doesn’t stop them from making it, ad nauseum.

In any case, whether the landlord lobby believes its own propaganda about the free market solving the housing crisis or not, they don’t want regulation, that’s bad.  They want to be able to charge whatever they want to be able to charge, and then they will make the argument that by doing so, this is, in the end, best for everyone.  Of course, being able to charge whatever they want necessitates them also being allowed to forcibly evict tenants at will, and to threaten to do so far more often.  This practice, in turn, requires having a massive budget for law enforcement, which is paid for by everyone, mainly the working class.

So to put this analysis of a lawsuit momentarily in Marxian economics speak that I learned during my one year of college, the landlord lobby believes in socializing their expenses, sharing this burden among those least able to do so, while maintaining laws and social norms in such a way that they may privatize all of their profits.

But in times of crisis, when a global pandemic forces society to largely shut down, and actions such as a temporary ban on evictions are taken in order to preserve what’s left of the public welfare, the landlord lobby has made it very clear that they don’t believe they should share any of the burden involved.  The state should bear all responsibility, just as it should bear responsibility for sending in the riot cops when an eviction doesn’t go as planned.

Things change by the week, and there’s no telling yet whether state or federal authorities may come up with a bailout that will actually prevent the tsunami, once the various state and federal partial eviction bans are lifted.  According to the most recent report on Marketplace, the nation is now an estimated $70 billion behind on rent.  While the state of Oregon’s new emergency budget seems intent on being more than window dressing, the scale of the crisis is quickly outgrowing it, and whether or when the Congress might step up is unknown.

The art of making predictions is a very difficult one, but there is one prediction I can make confidently:

If the partial eviction ban is lifted without a real solution to the billions of back rent owed, we can look forward to many, many more struggles such as the one that has been unfolding at Portland’s Red House.

Who will win this class war is uncertain.  But as to whether the landlord lobby is waging one or not, there is no doubt.  The only real question is at what point will the working class of this country stop blaming ourselves for our inability to make ends meet, and start truly fighting back?