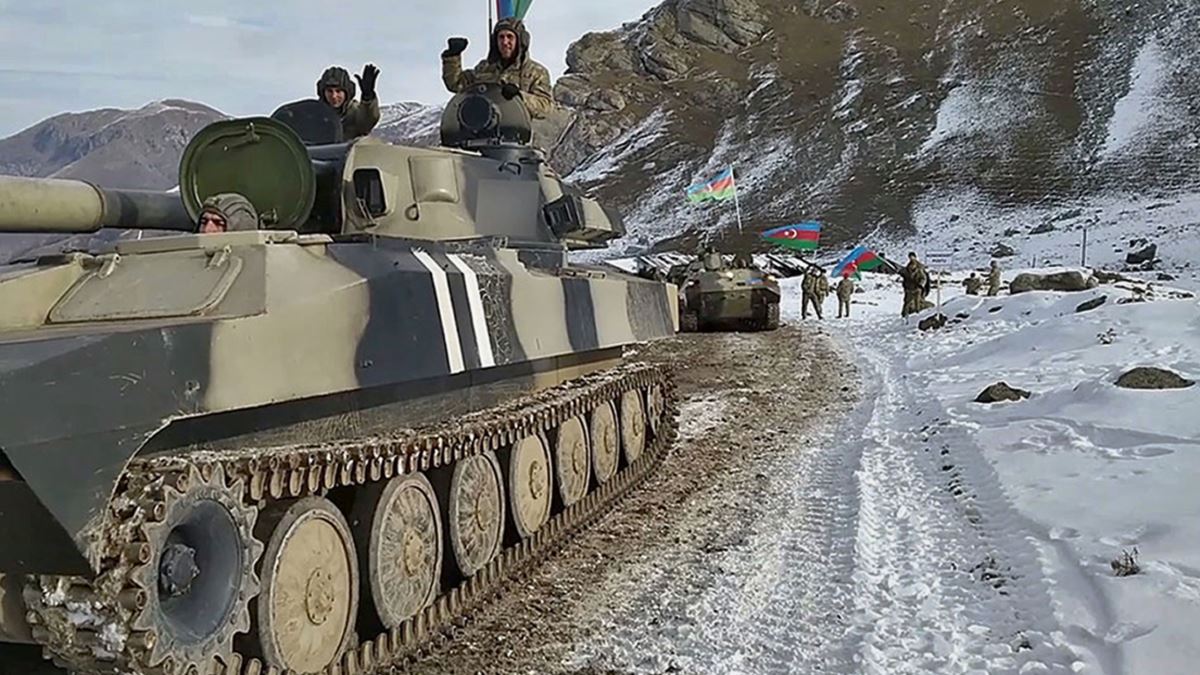 Amnesty International is urging Armenia and Azerbaijan to immediately investigate the use of “inaccurate and indiscriminate weapons” in heavily populated civilian areas during the recent fighting over the breakaway Nagorno-Karabakh region, saying such attacks violated international law.

Both sides to the conflict have denied targeting civilians during the conflict “despite incontrovertible evidence that they have both done so,” using internationally banned cluster munitions and other explosive weapons “with wide area effects,” the London-based human rights watchdog said in a report on January 13.

“Civilians were killed, families were torn apart, and countless homes were destroyed,” Marie Struthers, the group’s Eastern Europe and Central Asia director, said in a statement.

Struthers said attacks “were repeatedly carried out on civilian residential areas far from frontlines, and where there often did not appear to be any military targets in the vicinity.”

Amnesty International said it had analyzed “18 strikes by Armenian and Azerbaijan forces which unlawfully killed civilians,” and “visited dozens of strike sites” on both sides after a Moscow-brokered cease-fire agreement put an end to six weeks of fighting in and around Nagorno-Karabakh on November 10, 2020.

The group said that 146 civilians, including children and older people, died in the conflict, which claimed more than 6,000 lives.

In its report, titled In The Line Of Fire: Civilian Casualties From Unlawful Strikes In The Armenian-Azerbaijani Conflict Over Nagorno-Karabakh, Amnesty International said eight of the strikes were launched by Armenian forces on towns and villages in Azerbaijan that killed 72 civilians.

Nine strikes were carried out by Azerbaijani forces on towns and villages in Nagorno-Karabakh and one town in Armenia, killing 11 civilians, the report said.

Both sides also used cluster munitions, which are banned under the international Convention on Cluster Munitions because of their widespread indiscriminate effect and long-lasting danger to civilians.

By employing “these imprecise and deadly weapons in the vicinity of civilian areas, Armenian and Azerbaijani forces violated the laws of war and showed disregard for human life,” said Struthers.

In its annual report published on January 13, New York-based Human Rights Watch also said that both sides to the Nagorno-Karabakh conflict had “committed violations of international humanitarian law that unlawfully harmed civilians.”