New eras are often marked by changes in language.

Whereas the Trump administration was calling natural gas “molecules of freedom,” the Biden administration has gone all-in on “environmental justice.” President Biden made it a primary theme of one of his first executive orders and created a new council for addressing equity, on top of nominating North Carolina’s Department of Environmental Quality Secretary, Michael Regan, to lead the Environmental Protection Agency. This is a new emphasis for the White House, and it has contributed to increased mainstream media coverage of the environmental justice movement.

But much like Biden’s oft-used catchphrase, “listen to the science,” his vocabulary on equity might not be translating quite how he means it to — especially when compared to the way young climate leaders are currently talking about injustice.

So what is intersectional environmentalism, exactly?

Thomas’ definition starts with a more inclusive form of environmentalism, one interwoven with the anti-racist principles linked back to the Black Lives Matter movement. The biggest green organizations say they care about diversity but are still overwhelmingly white? That’s an intersectional environmental issue. Your local college has a recycling program but doesn’t teach environmental justice in the classroom? That’s an IE issue too. Low-income communities and people of color are more likely to be exposed to polluted air, soil, and water? Check, check, check.

According to the website Thomas founded (yes, there is a website, and a podcast, and merch), intersectional environmentalism is a movement, not a moment: “It brings injustices done to the most vulnerable communities, and the earth, to the forefront and does not minimize or silence social inequality. Intersectional environmentalism advocates for justice for people + the planet.”

Bullard says Thomas’ definition sounds familiar … because it’s basically the same as environmental justice. “It doesn’t signify anything different than what we have already developed and institutionalized in the work,” he said. “It’s a catchy concept. It’s trendy, it’s sexy. But how does it apply on the ground in communities that are fighting environmental racism?”

Intersectional environmentalism serves as a kind of generational marker. Even the word intersectionality, coined by Kimberlé Crenshaw in 1989, means different things to different age groups. To many older millennials and their forebears, it is an overly wordy and academic addition to perfectly good terminology already in existence; a movement can be intersectional, but intersectionality is not a movement in itself, they say. Not to mention that the phrase “in-ter-sect-ion-al en-vir-on-ment-al-is-m,” clocking in at 12 syllables, doesn’t quite roll off the tongue. Environmental justice is a mere seven beats (and is associated with nearly four more decades of experience).

But young people say those arguments miss the point. Gen Zers don’t relate to intersectionality because it’s fun to say (it’s not). The appeal comes from its framework, which emphasizes the idea that everyone’s individual worldview is shaped by many overlapping identities and privileges. By putting words to those differences, one acknowledges the need for a deeper kind of commitment to fighting racial injustices, especially when it comes to the mainstream environmental movement. That, they say, makes it a separate entity from its predecessor.

“The intersectional environmentalist ‘movement’ is trying to make it mandatory that you’re advocating for Black and brown lives,” Thomas said, “or else you might as well not call yourself an environmentalist.” 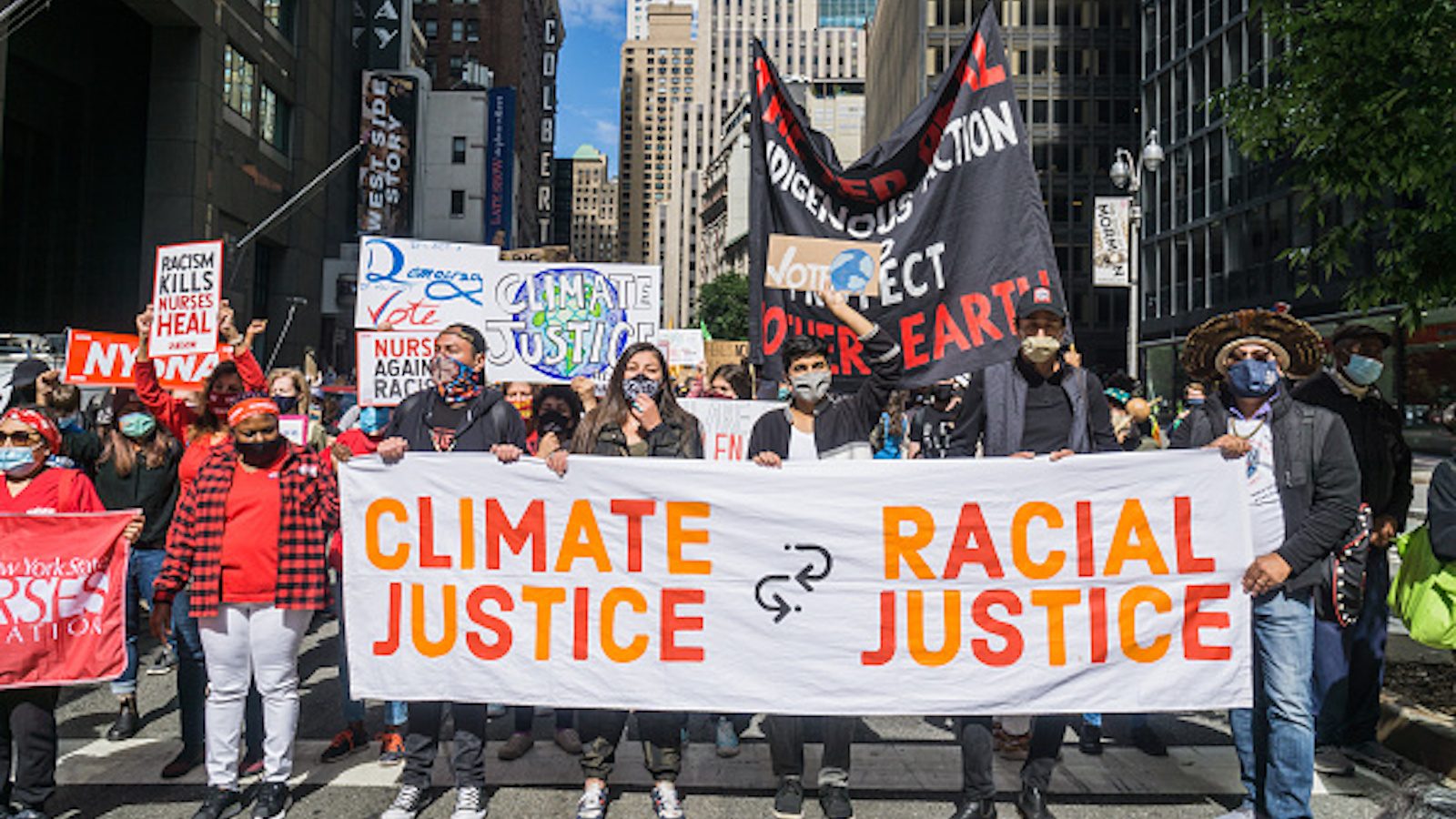 The fight over who qualifies as an environmentalist is very much at the heart of both environmental justice and intersectional environmentalism, each having been developed by young, passionate, equity-minded people who looked at the existing eco-landscape and found it lacking. 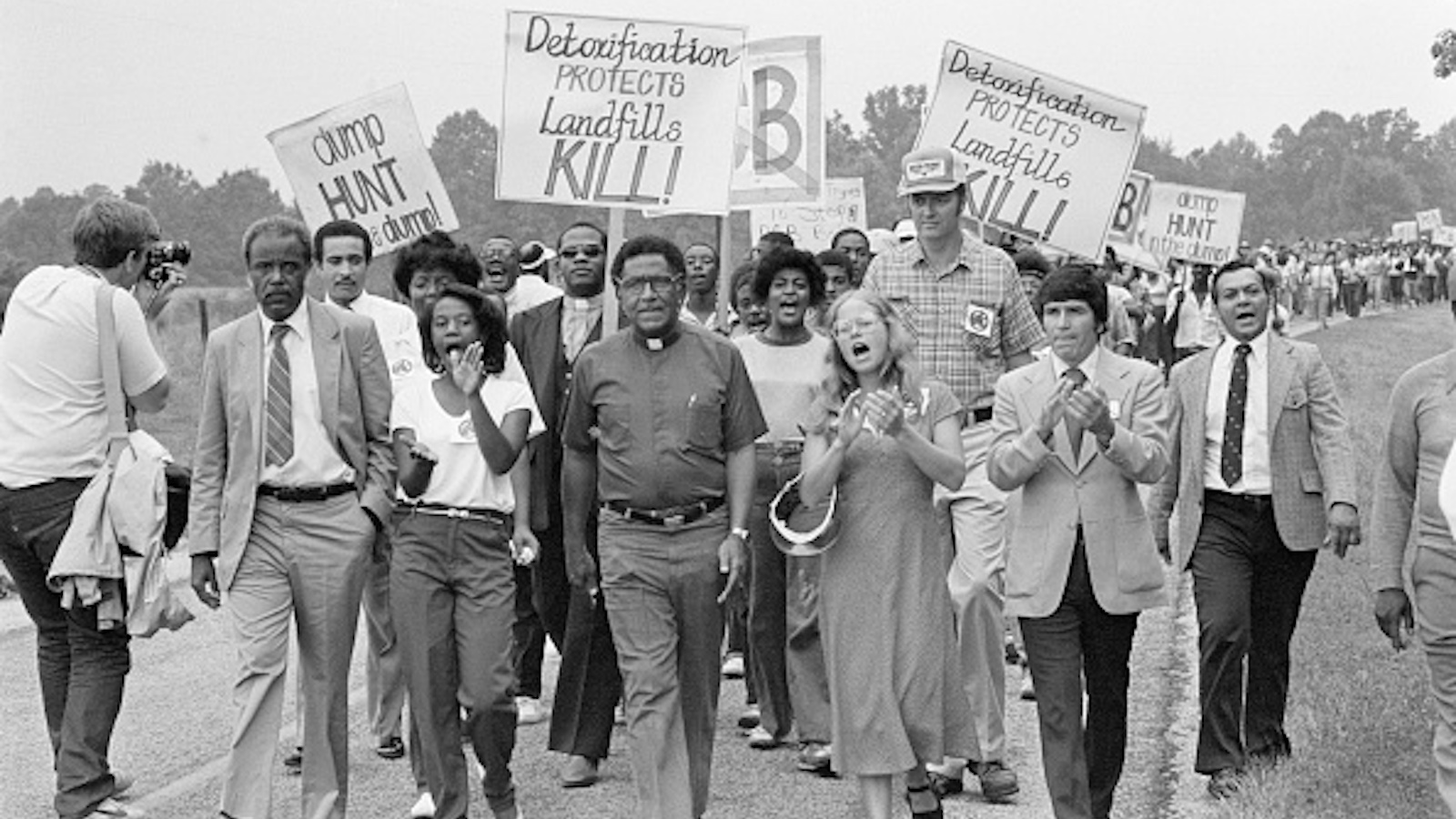 In the early 2000s, millennials started using the term “climate justice,” the broader sister to environmental justice that focuses on the ever-increasing global concerns around climate change. In 2020, Gen Z upped those aspirations. They wanted something more action-oriented to match the urgency and unfairness around climate change’s worst impacts. Not to mention a commitment that was embedded within the mainstream environmental movement rather than separate from it.

Like the concept of anti-racism (something many green organizations released statements espousing this past summer), intersectional environmentalism suggests taking a proactive rather than a wait-and-see approach to dismantling the systems of white supremacy within eco-spaces. Many fans of the expression said they considered intersectionality to be the driving force behind this idea, a set of morals to guide them in the traditional environmental movement.

“Young people invent new terms not in disrespect to elders but in acknowledgment that things need to be done differently,” said John Paul Mejia, an 18-year old organizer and spokesperson for the Sunrise Movement. “The old environmental movement was led by scientists and full-time advocates that embraced market-based policies and played this insider game in D.C. They focused on messaging that was very far away and did not mention any systemic or local impacts.”

No matter what you call it, addressing institutional racism in the environmental movement isn’t easy — and time is of the essence. Black and brown communities, in the U.S. and worldwide, disproportionately bear the burden of climate impacts. According to the United Nation’s 2018 Intergovernmental Panel on Climate Change report, every nation has until 2030 to reduce their carbon emissions by half (and until 2050 to go net-zero) if they want to avoid the worst consequences of climate change. Most countries, including the U.S., are nowhere near those targets. So perhaps the language around environmental action keeps changing, not because environmental justice or climate justice has failed, but because the environmental movement has failed as a whole.

Love or hate intersectional environmentalism, you’d probably better get used to it. As long as Gen Zers stay front-and-center in the climate movement, chances are the term is going to stick around. And just as the concept is going through growing pains as it enters the mainstream, many of the young influencers using it are still adjusting to their leadership roles in the environmental movement.

Leah Thomas had only been out of college for a few years when her intersectional environmentalism post went viral. Suddenly, she was being interviewed by National Geographic as the new face for a more equitable environmental movement. She’s even been offered a book deal.

But Thomas isn’t just an environmentalist, she’s also an influencer; and like many people with large social media followings, she started making sponsored posts. While there’s no rule you can’t be an activist and make money. But some have questioned her choice of sponsorships. In November, she created a sponsored post for Tommy Hilfer teaching her followers how to transform their bags into gift wrap (of course, you need to buy their merchandise to get their paper bags). In December 2020, she made a video for United Airlines. More recently, she starred in a Super Bowl LV commercial for Logitech, a company that makes electronics accessories.

Thomas has brushed off these criticisms of her self-marketing strategy, suggesting it’s important not to lose focus and confuse the message with the messenger. “I was getting a lot of attention, and that, in my opinion, doesn’t really lead to collective liberation,” she said. “But if people are listening to me for whatever reason — and I think a lot of it has to do with privilege, with me having lighter skin — how [else] can I direct them to something that benefits others?”

As much as it’s tempting to interpret “intersectional environmentalism” as a kind of new-age eco-purity test, established environmental justice advocates say it’s important not to be too hard on young folks.